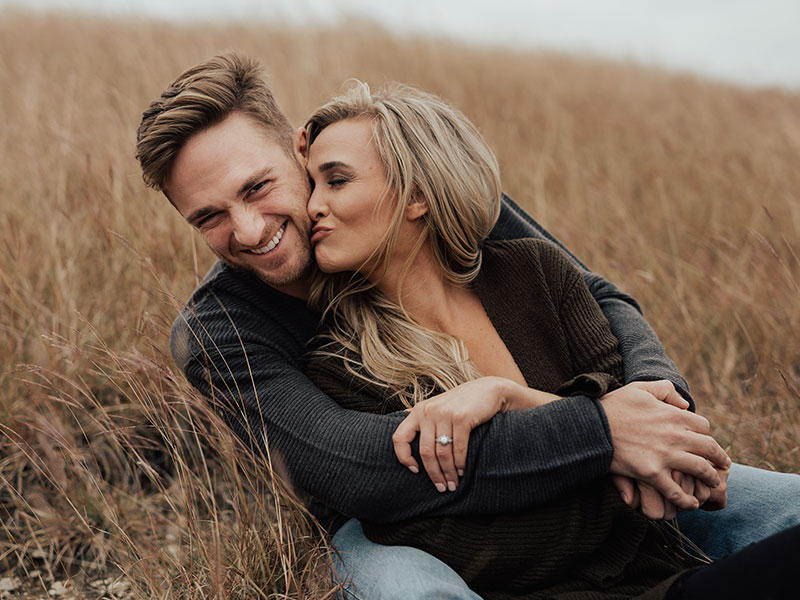 A young woman got married to a man when he was not working. In the first two years of their marriage and even during the wedding preparations, she shouldered most of the responsibilities. Two years later, he got a job and was very happy and so was he.

Later, she found out that he hides money from her and sometimes lies about his salary being delayed so that she can use her money to pay their bills and take care of feeding. She was hurt about this but ignored him most times because she had become accustomed to giving up luxury for her kids.

Due to COVID, she lost her job and then, she started seeing hell at home. Her husband refused to give her money to start a business and he kept lying that he does not have money each time she needed his help.

He deletes his bank statements but she always found a way to check it. In summary, he just wants to see her at home, taking care of the kids and doing nothing to make money.  Each time they argue, he tells her that she’s angry now because she’s no longer in charge.

This woman has prayed about her marital challenges but she’s seriously confused and almost depressed. She noted that she has never been selfish towards him and doesn’t understand why she is being treated this way. She keeps applying for jobs online but haven’t found any yet.

Transparency in marriage is one of the most important, yet perhaps one of least understood, factors in building a healthy marriage. The lack of importance placed on transparency in marriage likely arises from confusion over what exactly “transparency” means. A lot of people are stressed in their marriages today because they are living with spouses who are not transparent with them.

None of these things mentioned above are quite what transparency means in marriage. Rather, healthy transparency in a marriage means that each spouse feels fully comfortable or to be honest and forthcoming with the other. It means that issues are brought up directly, and that there is no deception, lying, or hiding things from one another. You can’t be talking about transparency in marriage as a man and you believe your wife shouldn’t know how you earn. You are just lying to yourself. It doesn’t make you a man, your actions make you a deceptive person.

Transparency in marriage doesn’t mean giving up your private thoughts and personal spaces, instead it means having those spaces and allowing your spouse to have them, without fearing that something nefarious is going on. Transparency makes your marriage healthier. It gives couples the ability to be truly naked before each other and not be ashamed or afraid that they might get hurt.

Being transparent with your spouse helps to build trust. When you and your spouse know that you can be honest about anything and that you will always engage transparently and honestly, it makes it easier to trust one another.

In a transparent marriage, both spouses know the other is acting in good faith; they are less likely to be suspicious of each other both because there is a track record of honesty and because they know direct questions can be asked and answered.

Transparent marriages are ones in which each partner commits to open, honest interaction. Such interactions mean that partners get to really know each other on deep levels. This fosters intimacy in marriage.

Since no topic is off limits and each partner knows the other is acting with honesty, it is possible to learn a great deal about your partner’s values, beliefs, experiences, and thoughts. Because transparency also means being heard without judgment, partners may feel more able to be vulnerable in sharing and broaching even difficult topics.

While no relationship is ever without conflict, transparent marriages tend to be low-conflict. This is because there is a deep level of trust between partners that issues will be discussed in a timely, open, and honest fashion, and that each partner is committed to acting with integrity in resolving the problem.

People in transparent marriages also tend to keep short accounts; they discuss issues as they arise, rather than letting resentment build up until all past grievances come rushing out at once.

Transparency in marriage makes each partner’s expectations clear. Most people who hide things in relationships don’t do so because they want to hurt their partner. On the contrary, people hide or lie about things because they don’t want to hurt or disappoint their spouse.

Oftentimes, however, these people are operating on a false understanding of what their partner actually expects from the relationship. It also allows for negotiation around expectations and discussions of how to navigate mismatched expectations.

When expectations are clear, people are much more likely to be able to meet them or at least to be honest when they fall short, without hiding out of fear or repercussions.

Because each person knows they can be their full self without judgment, can come to their partner for support, and can expect full honesty about any issue, the issues of insecurity that plague many marriages – that you are not enough for your partner, that you will be judged or not heard, that you will have to look outward for support are reduced or even eliminated.

And people who feel secure in their marriage, and who feel that their marriage is secure, are much more likely to invest in continued growth. They don’t go about trying to bring down one another because they see themselves as competition instead of as a team. Men and women who are transparent with their spouses make better partners. They enjoy their marriages and work together to overcome life’s many challenges.

Nigerian couples should make transparency in their marriages a priority. Life is too short to live it lying, deceiving, scheming to outsmart your partner, trying to bring them down, hiding your money and investments so that your spouse won’t know how much you are worth. That’s not the way to live life.

Transparency in marriage not only promote trust, reassurance and peace but it also enable couples to explore new opportunities and build new marital experiences with elevated trust and intimacy that keeps growing. Transparency is a gift in marriage only the wise will embrace and cherish.

Come to an agreement with your spouse that you will ban secrets from your marriage (emotional, relational, financial, and sexual) because you both agree that transparency is vital in your relationship. Your spouse is the one person in life with which you have absolutely nothing to hide, and a mutual understanding helps hold you accountable to this.

How To Plan A Wedding On A Shoestring Budget