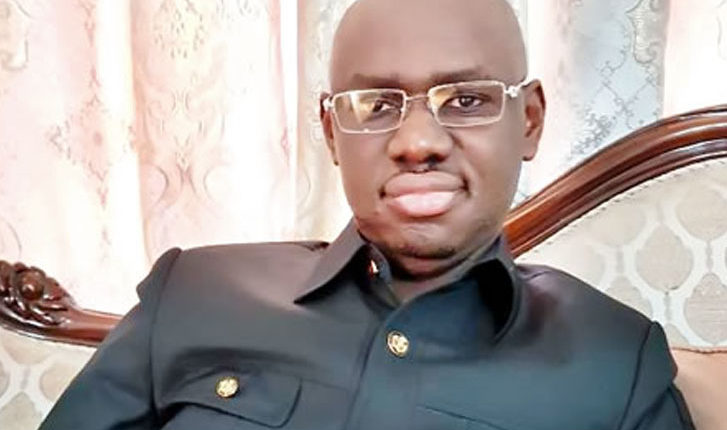 The Former Deputy National Publicity Secretary of the All Progressives Congress (APC), Comrade Timi Frank has condemned in strong terms the appointment of Maj. Gen. Farouk Yahaya as the new Chief of Army Staff (COAS) by President Muhammadu Buhari.

Frank who condemned the appointment in a statement issued in Abuja on Friday said that the act represents a gross violation of the Constitution, Federal Character Principle and a total negation of long-cherished military traditions and values.

He lamented that the parochial elevation of Yahaya over and above his seniors is a direct hit against the military, which will see senior, capable officers being purged through compulsory retirement as in the past and a situation that would further weaken the nation’s security architecture.

He, however, called on Nigerians and the international community to hold Buhari responsible for bastardising the military and reducing its officers and men to armed guards rather than a well-trained and disciplined fighting force.

Frank said: “We had believed that Buhari, as a retired General, would leverage his experience and tactical know-how to strengthen the nation’s security architecture. But he has failed woefully.

“Under Buhari’s administration, Nigeria has witnessed the weakest and most horrendous security situation largely due to his incompetence and his penchant to elevate incompetent and inexperienced Hausa/Fulani/Muslim junior officers to lord it over competent and experienced senior officers.

“This, no doubt, has bred widespread distrust, discontent, disloyalty, low morale and lack of motivation among the Officer Corps of the military and other security agencies in the country.

“This untoward and dangerous adventure of Buhari as Commander-In-Chief of the Armed Forces, has concomitantly culminated in the deterioration of military discipline and willingness of the security forces to wholeheartedly confront insurgents, bandits and other criminal elements that daily make life unbearable for the average citizen.

“For instance, the recent appointment of Major General Farouk Yahaya of Course 37 as the Chief of Army Staff (COAS), invariably means that over 68 Majors-General of Course 35 and 36 in the Nigerian Army who are Yahaya’s seniors and still in service would either be retired compulsorily or stay and be bossed by a junior officer.

The Bayelsa-born political activist lamented that the sudden elevation of Yahaya as COAS can be likened to a school principal who elevated a class monitor in JSS 3 to the position of Head Boy, to superintend over senior prefects in SSS 3 or appointing an Assistant Director as Head of the Civil Service of the Federation over and above Directors and Permanent Secretaries still in service.

According to him, Buhari has shown utter disdain for long held military tradition of subordination, discipline, obedience, decorum and regimental service.

He said: “By his actions, Buhari has consistently breached the Nigerian constitution, the Armed Forces Act and the much cherished seniority in military service, no thanks to the rubber-stamp members of 9th National Assembly that have reneged on their oaths of office which they swore ‘…that I will preserve, protect and defend the Constitution of the Federal Republic of Nigeria…’ and not the President.

“Little wonder that the Nigerian military that once soared like eagle above their enemies, both locally and internationally, have since been reduced to lame ducks being daily wasted when confronted by the operational and tactical maneuvering of rag-tag insurgents, bandits and kidnappers.

“Little wonder that in almost six years of Buhari’s administration, the insecurity in the country has continued to oscillate from frying-pan to fire.”

He called on Nigerians and the international community to hold Buhari and the All Progressives Congress (APC) regime responsible for the double jeopardy of unnecessary deaths, destruction of property, distorted educational calendar, kidnapping, poverty and hunger that now pervades the country.