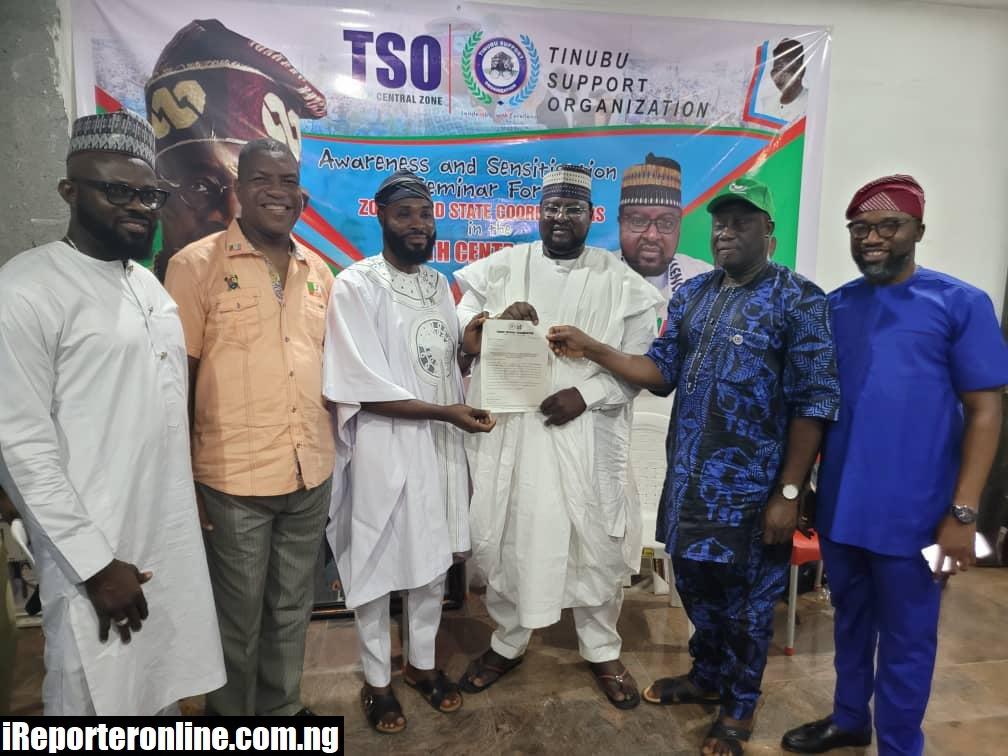 A well connected young man and a Prince in Ijebu-Land, also a member of the All Progressives Congress (APC) in FCT, Prince Olatayo Teriba Adepuji has been appointed Federal Capital Territory Coordinator for Tinubu Support Organization (TSO).
Prince Olatayo’s appointment was announced at the Awareness and Sensitization seminar for North Central Zonal and State coordinators of TSO held in Abuja on Wednesday.

The Director General of TSO, Hon. Aminu Suleiman, while presenting the letter of appointment to Prince Tayo,
commended the FCT Coordinator for his dedication, Support and loyalty to the organization.

He charged Prince Tayo to mobilize support for Asiwaju Bola Ahmed Tinubu as all eyes are on Jagaban to declare his interest for the country’s presidency come 2023.

On his part, Prince Tayo Teriba appreciated the Director General of TSO, saying the organization remains a veritable platform for mobilizing the needed support to enable Tinubu declare interest for the nation’s presidency.
He pledged to form a team of loyal, influential, strong, dedicated supporters and members of the All Progressive Congress for TSO in Federal Capital Territory Abuja.

Prince Olatayo Teriba who is known for his Dedication and Total loyalty to whatever he beliefs in and always stand firm to support and go extra for who he believes in, is a strong supporter of Asiwaju Bola Ahmed Tinubu and one of strongest defender of President Muhammadu Buhari Administration.

Prince Olatayo Teriba Adepuji Loyalty and dedication is second to none and these have earned him the Position of Federal Capital Territory Coordinator of TSO.

It’s believed as a young man and a youth who is loaded he will use his influence to mobilize the youth also and make them believe in Asiwaju Bola Ahmed Tinubu Presidency.

“This Appointment is a good one for the millions of youths because they have their own in a top leadership position of TSO” he says.