The National Leadership of TINUBU VANGUARD led by the Director-General Dr Johnny Benjamin and the National Secretary Comrade Jacob Obi has inaugurated the Plateau State Chapter in Jos on the 14th of July 2021. 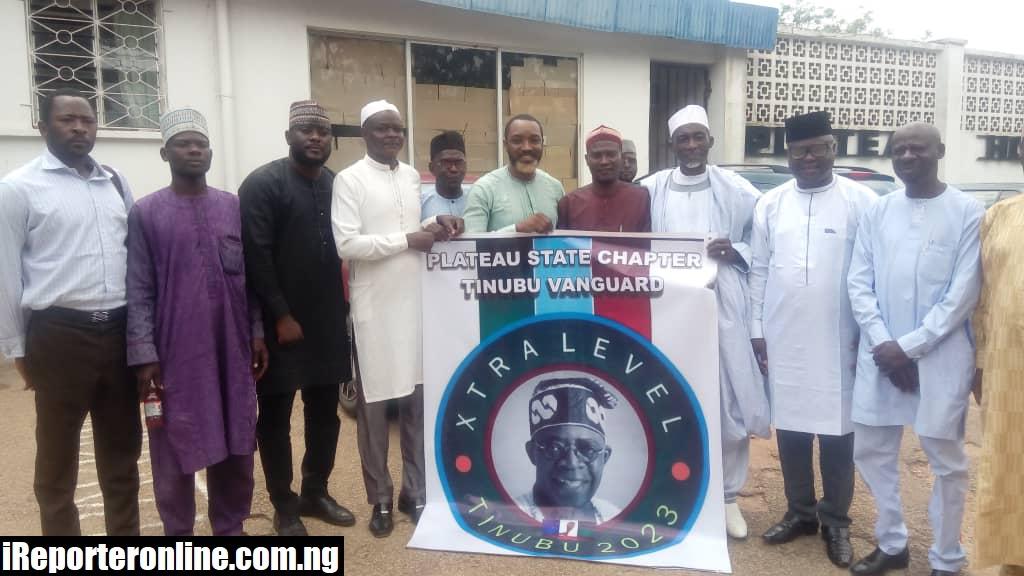 The Director-General in his keynote address applauded the Plateau State Chapter Executives for coming together to hold this event saying that TINUBU VANGUARD is one of the foremost support groups for Asiwaju Bola Ahmed Tinubu and has largely covered the 36 States and the FCT, adding that the group is also present in about 14 countries in the diaspora and our membership strength is well over 35 million which is verifiable.

The DG also stated that Asiwaju remains the best candidate to take over from Buhari having played prominent roles in his election and re-election and have always supported his administration to succeed. That Tinubu is the most qualified candidate that has the capacity to solve the enormous security and economic challenges facing the country thereby consolidating on the gains of the Buhari led Government.

Earlier, the Plateau State coordinator Amb. Hoom Suk in his welcome address stated their readiness to deliver the state for TINUBU and that Plateau State is 100% Tinubu.

Presenting the certificate of inauguration to the Plateau State coordinator, the National Secretary Comrade Jacob Obi thanked them for their commitment and resolve to deliver our Principal Asiwaju, he said Dr Johnny led National Body of the Vanguard will make sure that funds for the campaign and other activities will be managed prudently and urged them to ensure that whatever is due them should be utilized for the purpose it’s meant for in order to achieve the desired results.

2023: I Can Bet My Certificate That PDP Will Restore Nigeria To Past Economic Glory – Gov Emmanuel