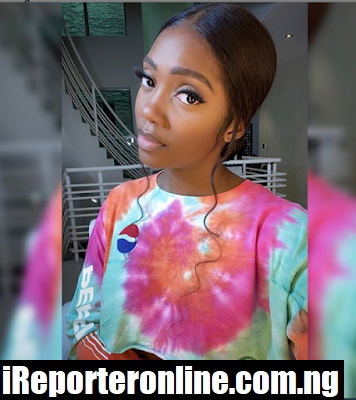 Scandals and controversies involving celebrities are inevitable in the entertainment scene. They are among what keeps the industry buzzing and interesting to the fans.

If anything, the outgoing year has been a dramatic one in the entertainment industry. From marital crises to allegations of sexual assault, it was full of scandals.

Here are major celebrity scandals in Nigeria’s showbiz scene in 2021.

That Baba Ijesha, the Nollywood actor, was one of the top trending people in Nigeria for 2021 won’t come as a surprise to many.

Until his arrest for allegedly defiling a minor in April, the actor had a low profile in the public domain. But his arrest, which sparked heated outrage, made him a viral sensation — although for the wrong reason.

His arrest was followed by different twists. From his self-confession to the account of events by Comedian Princess, a protest, counter-protest, drama over CCTV footage, Yomi Fabiyi’s movie, the trial, bail, court revelations, and denial; the issue dominated discussions for several months in the outgoing year.

It also led to a face-off between several Nollywood stars, particularly Iyabo Ojo and Fabiyi, due to their opposing views on the matter.

It’s unlikely that the case — which has been adjourned to January 26, 2022 — would end anytime soon.

Tiwa Savage, the music star, shocked many in October when she revealed a plot by some people to blackmail her using her s3…x tape.

The ‘Koroba’ singer knew it would not be a walk in the park to handle the ensuing reactions.

The release of the s3…..x tape sent social media into a frenzy and divided opinions. Shehu Sani, Georgina Onuoha, Ifeanyi Okowa’s aide, Speed Darlington, I Go, Dye, among other top figures, weighed into the matter.

For Tiwa, it was a major blow. At the time, ‘Somebody’s Son‘, her hit track with Brandy, the US singer, just started gaining momentum globally.

But the musician was able to navigate the tumultuous chapter to end the year on a strong note. The issue was one of the most searched on Google in the outgoing year.

Marriage, they say, is a bitter-sweet journey. 2Baba, the veteran singer, experienced both sides of the coin in the outgoing year.

In March, he and Annie Idibia, his wife, had no idea of what was ahead when they celebrated their eighth wedding anniversary in grand style.

By September, the decorated marriage was already on the verge of falling apart. The drama started after Annie accused 2Baba of spending nights with Pero Adeniyi, his baby mama.

Annie’s claim ignited heated controversies and led to a face-off involving her, 2Baba’s family, and Pero.

But the ‘Implication’ singer exuded maturity amid the crisis and prevented the issue from degenerating further.

The couple eventually put the incident behind them, with the actress apologising for her action while the singer also celebrated her with a lovely note on her birthday.

However, the dust had barely settled when Brymo, Nigerian singer, called out 2Baba for once falsely accusing him of sleeping with Annie in the past — a development which also sparked fresh controversies.

In June, Tonto Dikeh, the Nigerian actress, showed off Prince Kpokpogri, her newly-found love, much to the delight of her fans.

Many thought it would be a turning point for the film star after her controversial split from Olakunle Churchill in 2016.

But they were wrong.

Trouble started when Kpokpogri was accused of cheating following a leaked audio — a claim he denied. The development resulted in the lovebirds unfollowing each other on Instagram, allegations and counter-allegations and the eventual collapse of the relationship.

The drama took a new twist when Dikeh claimed Kpokpogri had in his possession the sex tape of Jane Mena, the Instagram dancer.

Jane Mena had subsequently threatened a lawsuit against the actress, while the pair engaged in a war of words on social media.

Hushpuppi, the embattled Nigerian socialite, has been in the news since he was arrested for alleged internet fraud last year.

But the case reignited interest in the outgoing year when he indicted Abba Kyari, a deputy commissioner of police (DCP).

In July, US court documents had shown that Hushpuppi, whose real name is Ramon Abbas, claimed he bribed Kyari to arrest one Vincent Chibuzo, a co-fraudster.

The socialite alleged that he gave the top detective money to jail the rival after a dispute over a $1.1 million scam.

But Kyari denied any wrongdoing, saying he never collected money from Hushpuppi

The Federal Bureau of Investigation (FBI) also detailed how Hushpuppi linked up with the police officer to facilitate Vincent’s detention.

Following the allegations, the top detective was suspended and a panel was set up by Usman Alkali Baba, inspector-general of police (IGP), to probe the allegations.

The IGP then named Tunji Disu as head of the Intelligence Response Team (IRT) — a unit previously led by DCP Kyari.