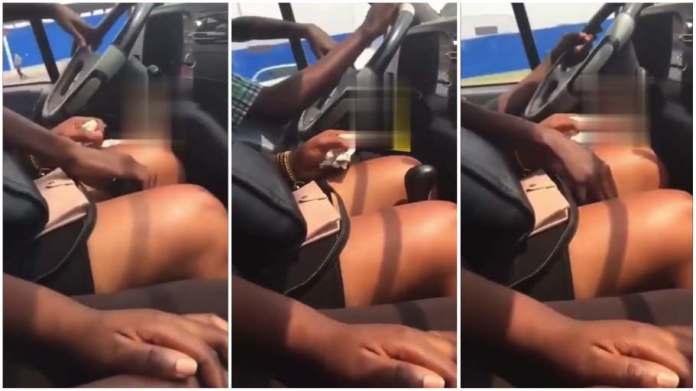 The latest viral video to have hit the internet is that of a driver changing gear in-between the thighs of a female passenger sitting next to him.

The video shows the lady comfortably seated next to the driver with the car’s gear stick standing in-between her laps.

It appears the car was overloaded, and the sitting position of the mini-skirt wearing lady left the driver with no other option but to stretch his hand to in-between her legs to change gear.

The lady did not raise any concern with the movement of the driver’s hand in-between her fair-skinned thighs, so it is difficult to talk about sɛxʋal harassment in that situation.

Well, the situation afforded the driver a ‘golden’ opportunity to change the gear as often as he felt.