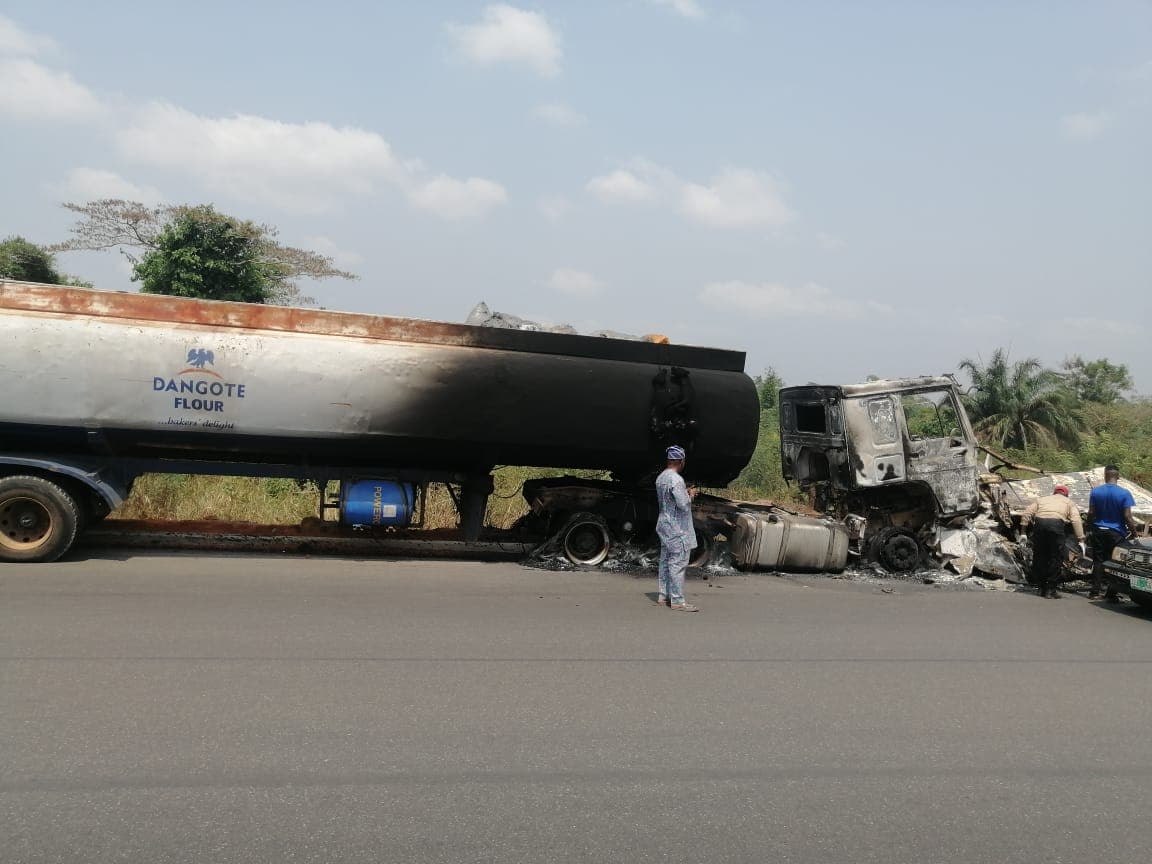 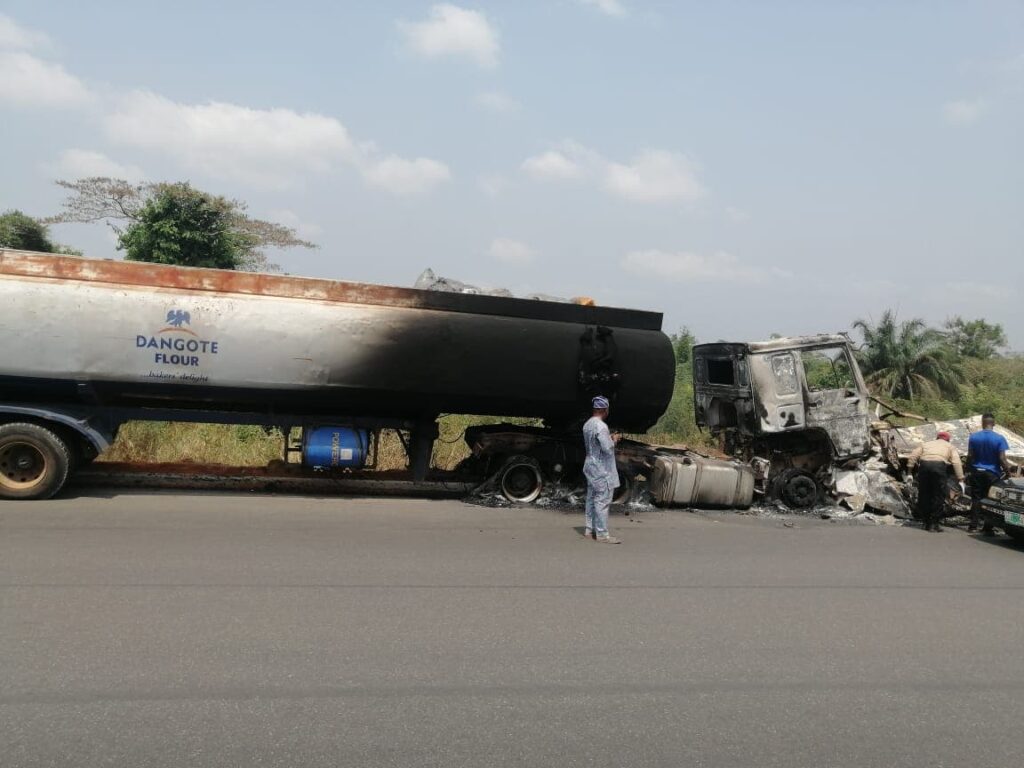 At least 17 dead bodies were reportedly recovered as a truck collided with a commercial bus and went up in flames along the Lagos-Ibadan expressway.

It was gathered that the incident occurred a few metres away from Isara Bridge at about 5am on Friday.

It was learnt that the truck and the Mazda bus marked ZT728 KLD were coming from opposite directions before they collided on the highway.

In the process, the bus went up in flames killing many of the passengers.

The spokesperson of the Federal Road Safety Corps (FRSC) Ogun Command, Florence Okpe, confirmed the incident, saying some victims were burnt beyond recognition.

Okpe said the command could not ascertain the number of those involved in the crash, but 17 bodies have been recovered from the scene.

“The total number of people involved is not ascertained, but a total of 17 bodies ( killed) have been identified.

“1 male, 1 female, and 1 female child only have been identified, while others were burnt beyond recognition and no injury sustained,” Okpe said.

She added, “The suspected causes of the fatal crash were route violation and dangerous driving, which resulted in a head-on collision and fire outbreak.

Okpe quoted the FRSC Sector Commander, Ahmed Umar, describing the crash as an avoidable one with caution and obedience to traffic rules and regulations.

Umar commiserated with the families of the victims, enjoining them to contact the FRSC office in Ogere for more information about the crash.

Edo: See What Obaseki Is Set To Do To Ambrose Alli Varsity, Two Other State-Owned Tertiary Institutions