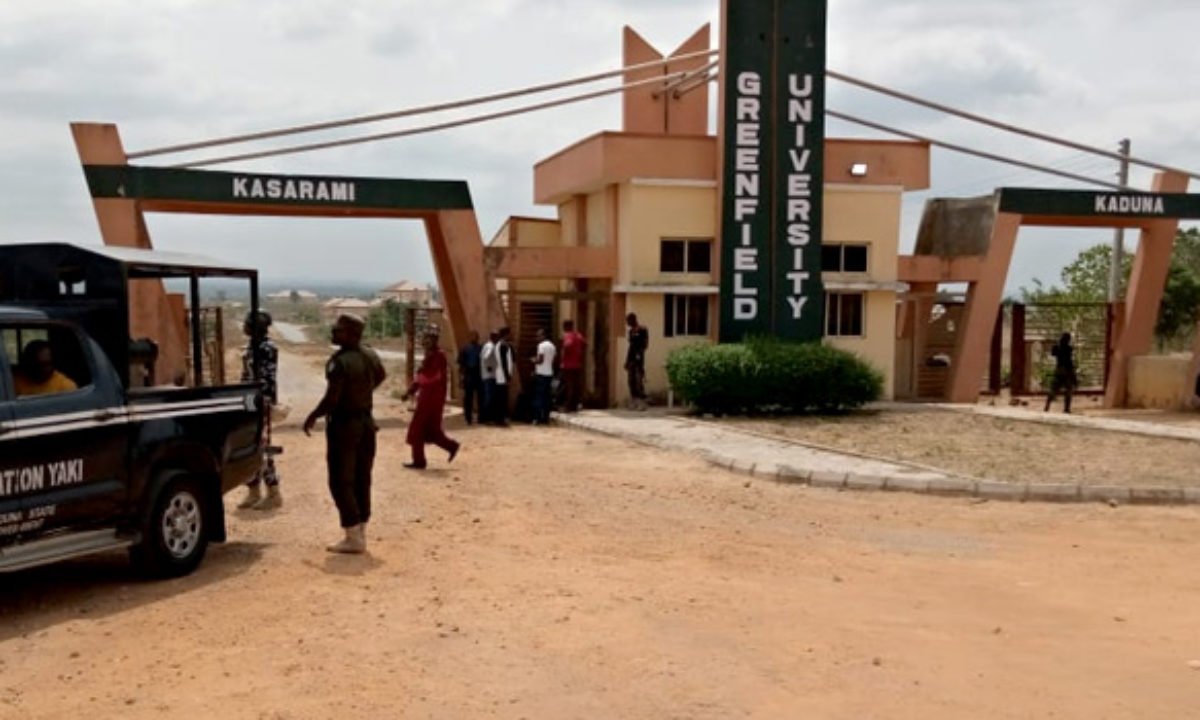 Traumatised parents of the remaining 16 kidnapped students and three staff of Greenfield University, Kaduna on Friday gathered to pray for the safe release of their children.

They however appealed to the Federal Government to urgently assist them in rescuing their children from the bandits’ captivity.

The parents said the latest demand of N160 million cumulative ransom demanded by the kidnappers is beyond their captivity.

The parents, who decried the continued stay of their children in the custody of the bandits, said the innocent students had spent 24 troubled days in the kidnappers’ den.

Speaking on behalf of others, the Chairman of the aggrieved parents, Marcus Zarmai, appealed to President Muhammadu Buhari to use his office to secure the release of the students before something sinister happens to them.

According to him, the kidnappers are demanding the sum of N10 million for each of the 16 students, making N160 million, even after the parents have collectively paid them over N60 million ransom for the release of their children without any success.

Zarmai said, having exhausted all the money they have to pay as ransom, “We the parents are appealing to the Federal Government to assist us to pay the ransom demanded or find any other way to ensure the safe return of our children.”

Among those kidnapped by the bandits is a woman whose daughter, Esther Chukwuemeka, joined in praying for the release of the abducted persons.

Esther said that her mother’s absence has created a vacuum in their family and appealed to the bandits to release her mother.

COVID-19: Bayelsa Imposes Curfew From 8pm to 6am