There is continuous palpable discomfort in Umuosinta Village in Amuzi community of Obowo Local Government Area of Imo State as unknown hoodlums overran the sleepy community and razed a building belonging to General Chima Okafor of the Nigerian Army. 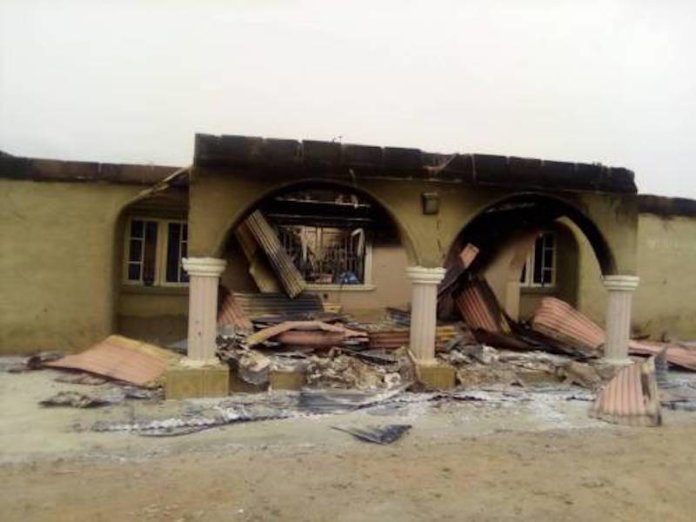 The gallant effort of the men and officers of the Nigeria Police in Obowo Local Government Area prevented the arsonists from penetrating further to other areas while there was no loss of lives in the particular incident.

The source gathered that the arsonists have built camps in different locations in the surrounding forests, from where they launch regular attacks on the community. This dastardly act reportedly led to killings of innocent people.

Some indigenes who pleaded to remain anonymous said perpetrators of these acts have been categorised and believed to be unknown gunmen who ravaged the state in the past few months.

From investigation, The source reliably gathered that it has been a gory story of murder, rape, arson and mayhem in the once famous village with a population of about 3,000 people made up of many prominent indigenes, university professors, Catholic reverend fathers and sisters, industrialists, military generals, top politicians and community leaders of note.

The activities of these unknown gunmen have reduced the patronage, visitation to the area, and business transactions with the indigenes of the community.

Confirming the activities of this group, the Divisional Police Officer (DPO) of Obowo Police Area Command, Edwin Ngoche, a Chief Superintendent of Police (CSP) said that the incident took place in the night and he mobilised his men to the area which made the hoodlums to take to their heels. He told THISDAY on phone that General Okafor’s house was not far from the hideout of the gunmen.

Ngoche said that when his men stormed the hide out of the gunmen they recovered some items such as locally-made guns (pistol), axe used in breaking the main gate, jerry can, they used to store petrol and some wasted ammunition.

‘Igboho On His Way To Germany For Asylum’