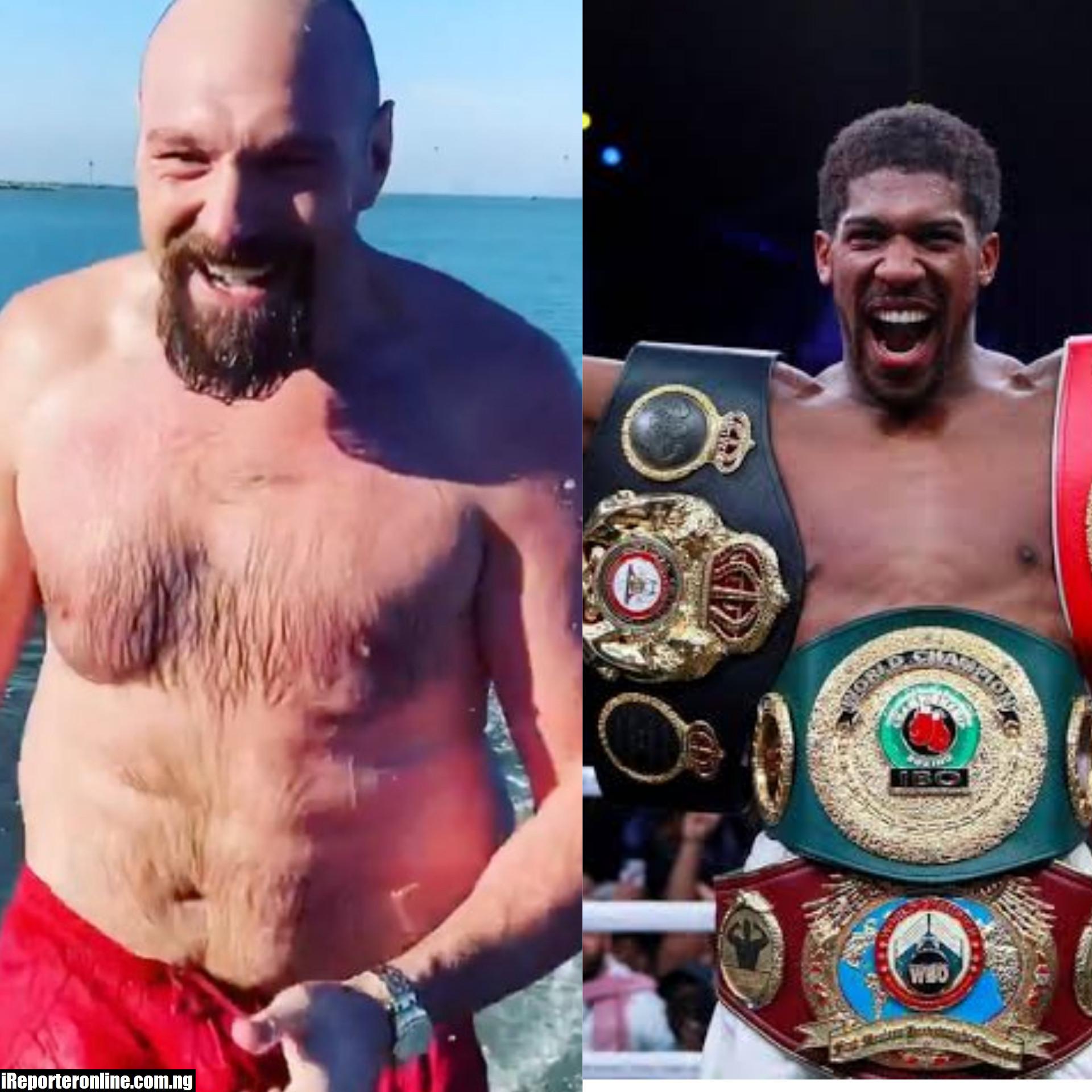 Heavyweight boxing champions, Tyson Fury and Anthony Joshua have come out to attack each other online as their undisputed king of the heavyweight clash planned for this summer enters disarray.

Joshua’s clash with Fury tagged the ‘Battle of Britain’ was thrown in doubt after a US judge ruled in favour of Fury fighting Deontay Wilder following arbitration.

It means Fury needs to fight former WBC champion Wilder for the third time or would need to strike a step aside deal to keep his super-fight with AJ alive.

Fury dethroned Wilder of the WBC title in February 2020 but their contract included an immediate rematch.

The fight never came to fruition amid the coronavirus pandemic and the Gypsy King’s team argued the stipulation expired in October.

As a result, Fury entered talks with Joshua while Wilder took his case to civil court. After months in court, the judgment went in favour of Wilder.

On Wednesday night, May 19, Joshua took to Twitter to call Fury ‘a a fraud’ questioning why Fury entered talks with him knowing there was a legal case yet to be resolved.

Joshua, 31, tweeted: “The world now sees you for the fraud you are. You’ve let boxing down! You lied to the fans and led them on.

“Used my name for clout, not a fight. Bring me any championship fighter who can handle their business correctly.”

Fury, 32, in response said he and Joshua should put up 20milliom each to fight bare knuckles without gloves :

“Your more full of s*** that Eddie, Spouting absolute s***e!

“Your full team knew there was an Arbitration going on, it was out of my hands!

“But I tell you what if I’m a fraud let’s fight this weekend bare-knuckles till 1 man quits? let’s put up 20 mill each!!!”