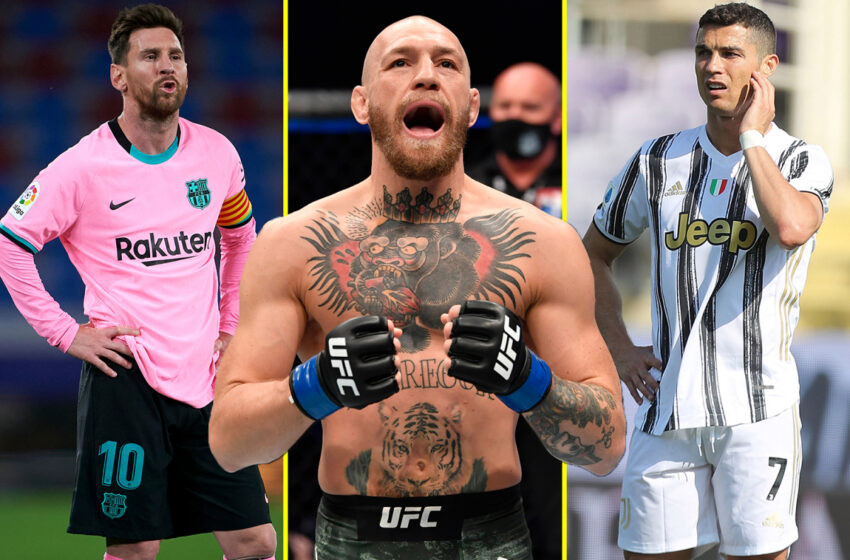 Conor McGregor has been ranked as Forbes’ highest-paid athlete, beating out competition from the likes of Lionel Messi, Cristiano Ronaldo and Lewis Hamilton to claim the number one spot.

The majority of his revenue has come from ventures which include an array of endorsement deals.

According to Forbes, the Irish UFC star made a total of $180 million over the last 12 months. Most of the money came from the recent sale of his majority stake in whiskey brand Proper No. Twelve to Proximo Spirits for $150 million

McGregors also made money from product endorsements after adding DraftKings, the video game Dystopia: Contest of Heroes and the lifestyle brand Roots of Fight to his portfolio that has included campaigns with Burger King in the past, and a lucrative deal to wear Monster Energy’s logo on his fight shorts.

The MMA fighter is now the third athlete in history to have made more than $70 million outside of their sport, joining Roger Federer and Tiger Woods.

Behind McGregor in second is FC Barcelona talisman Lionel Messi, who made $130 million in 2020, with $97 million coming “on the field,” while his arch-rival Cristiano Ronaldo takes the last spot on the podium, as he finished last year with $120 million.