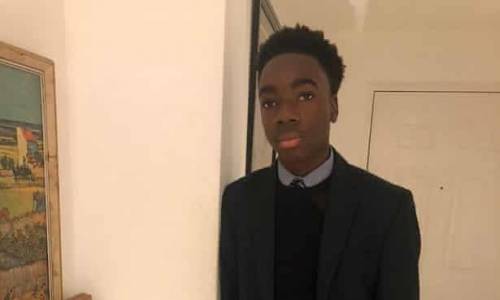 The police in the United Kingdom have found a body in Epping Forest which matches the description of missing Nigerian student, 19-year-old Richard Okorogheye, the mother, Evidence Joel, has revealed.

She lamented on Monday that the police found a body in Epping Forest pond that matched his description.

The body was discovered by Essex Police officers on Monday afternoon, 13 days after the 19-year-old went missing.

The mother was informed of the development by the police on Monday.

SaharaReporters had last Wednesday reported that the UK police launched a desperate search for Richard, who had been missing for more than a week.

Okorogheye, a student at Oxford Brookes University, had not been seen since he left home in the Ladbroke Grove area of west London on Monday, March 22, and was last seen boarding a bus.

His mother, a nurse, said her son, who was shielded during the pandemic due to having sickle cell disease, had struggled with his online studies.

According to her, Richard left home at about 8.30pm saying he was going to meet a friend but left his wallet, jacket, and medication behind.

She had said, “All he said to me was ‘mummy, I’m going to see my friend’. I trusted him, I had no doubt or no reason to ask him further questions.”

Joel had alleged that a police officer told her off when she called the police to report Richard missing.

She said the officer told her that “if you can’t find your son, how do you expect police officers to find your son for you?”

But on Monday, officers told Joel about the body matching her son’s as investigations remain underway to formally identify the body.

“Oh God, they said the description matches his, but we’ll go in tomorrow to find out,’ Ms. Joel told MyLondon.

He was last seen on CCTV in Loughton, Essex, in the early hours of Tuesday, March 23, walking towards Epping Forest. Police divers had previously been seen searching the forest.

His mother, Evidence Joel has previously said that her son had spoken of ‘struggling to cope’ with university pressures and had been shielding during the Covid-19 lockdown.

Okorogheye’s mother, Evidence, said waiting for information about her son’s whereabouts has been ‘hell’.

“I feel completely helpless. Helpless, and also, sorry to use this word, but I feel useless, because I want to go out there, to do something to look for him, search for him, anything,” she lamented.

There Will Never Be Biafra Again – Buhari’s Aide, Onochie