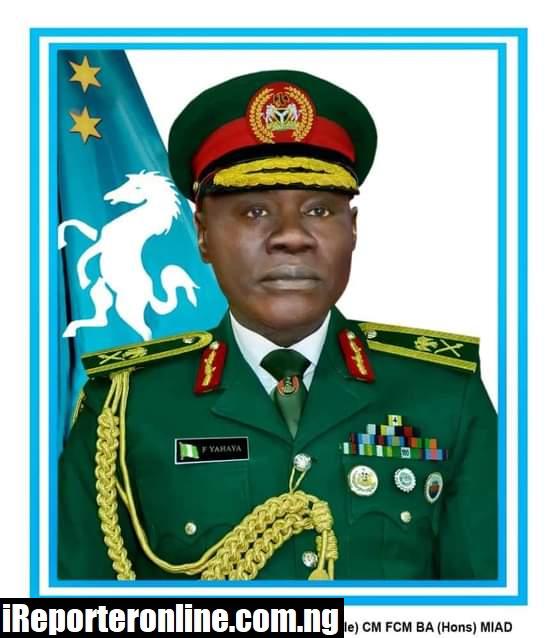 It’s no longer news that President Muhammadu Buhari has appointed Major General Farouk Yahaya as the new Chief of Army Staff, shortly after the passing away of Ibrahim Attahiru in the crashed Beachcraft 350.

His appointment comes after six (6) days Ibrahim Attahiru and other military officers died in an aircraft crash on Friday, May 21, 2021, at Kaduna Airport.
Taking to his Twitter page, Bashir Ahmad broke the news to millions of Nigerians that the president has appointed a new Chief of Army Staff. He goes by the name Major General Farouk Yahaya.
Bashir Ahmad wrote: “Major General Farouk Yahaya the newly appointed Chief of Army Staff (COAS).”
Here are 6 (six) things you should know about Major General Farouk Yahaya:
1. Farouk was the General Officer Commanding (GOC) 1 Division of the Nigerian Army and the Theatre Commander of the Counter-Terrorism and Counter-Insurgency military outfit in the North-Eastern part of Nigeria.
2. He is from Zamfara State.
3. He attended Nigeria Defence Academy for his first degree.
4. He attended Salford University for his Master’s Degree.
5. He’s the 22nd Chief of Army Staff of Nigeria.
6.He was also Commander of 4 Brigade Headquarters of the Nigerian Army in Benin, Edo State.
Related Topics:
Up Next