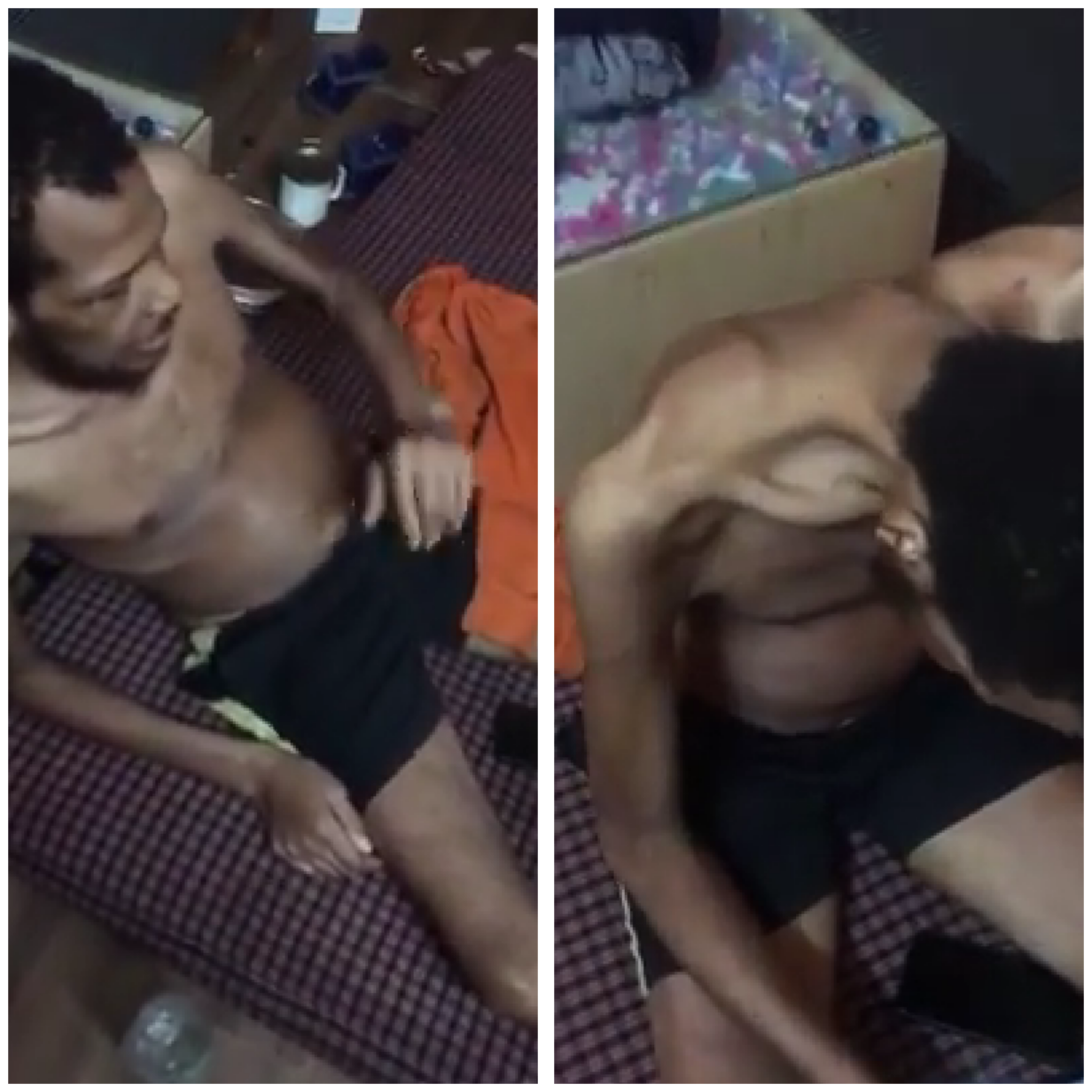 A 30-year old Nigerian citizen, Michael Emenike Madueke has died in a hospital after he was found bedridden and malnourished by police in an apartment in Uttar Pradesh’s Ghaziabad.

A Nigerian activist, Kennedy alleged that the deceased, an auto parts dealer died from abuse and starvation after he was held against his wishes for about 8 months in the apartment by his India landlord over non-payment of rent during the pandemic.

It was gathered that Michael was evicted from his rental apartment and held in another at SG Impressions, against his wishes, where he was regularly beaten and kept without food. He survived on water alone.

“Michael was found only after his brother sent the due amount from home. When his brother in Nigeria transferred Rs. 42000.00 to the landlord (Mr Omveer Rahul) his state of incarceration and treatment was discovered.

During his transport to the hospital on being rescued (between Apex hospital and AIIMS), he succumbed to the ill-treatment and died,” the Un-Fair Web stated in a post on Sunday, June 20.

The Nigerian Citizens Welfare Association, a group of expats headed by Kennedy, recorded videos of the “rescue” at the apartment.

The video shows Michael’s skin sticking to his shoulder bones. He is heard saying: “He wants more  money every day.”

In the videos posted by Un-Fair Web, another man can be heard saying that they fed him, “What else do you want? Talk to his friend Rahul Chauhan.” A woman can be heard crying in the video, and saying, “Humne Kuchh Nahi Kiya (We did not do anything)”

However, the police said they had not yet found evidence to back up the charge. No external injuries were found by a doctor who first attended to him.

According to The Telegraph, an officer from Nandigram police station said that they received a call on emergency number 112 on Saturday afternoon.

“He was living with the family of one Rahul in this flat for three months. The door was not locked when we arrived. His friend Charles Kennedy of Greater Noida and a few other Nigerians were present, and he took him to hospital with our assistance. There is no FIR.”

The officer added: “Michael did not show us his passport or its soft copy. He said that it has gone for renewal…. Rahul is at fault as he did not inform the police that he sheltered a foreign national. The local intelligence unit (of  Ghaziabad police) is verifying his passport and these other details… Rahul is also a tenant.”

The officer said it needed to be verified if he was in hiding as his passport had expired. Kennedy said the passport might have been “held as ransom”.

Rajeev Tyagi, medical director of Ghaziabad’s Apex multi-speciality Hospital, who attended to Michael first told The Telegraph that Michael’s breathing was laboured, his oxygen saturation was 79 and pulse, 44. The normal values are above 94 and 60 to 100, respectively.

He was unable to move both legs properly. He was not even able to move himself from the stretcher to the bed…. It seemed like a neurological disorder such as GuillainBarré syndrome (in which the immune system mistakenly attacks nerves located outside the brain and spinal cord). He needed a CT scan or MRI….

He was having edema (fluid retention) in his legs and looking quite malnourished. Either he was not eating properly or not taking a balanced diet. I asked Michael when he had his last meal. He replied that last night he had chicken and rice,” Tyagi said.

Asked, the doctor said: “There was no sign of assault. Neither did he (Michael) talk of anything like that.”

Tyagi says that he recommended that he be moved to a more advanced hospital with equipment to treat neurological disorders.

“Charles said that his family is in Mehrauli (South Delhi), and he should be referred to Medics Clinic over there. I  said that he is not in a position to be treated in a clinic and he needs a super speciality hospital. He said that if the clinic recommends, then Michael could be moved to AIIMS or Safdarjung (Hospital)… We arranged an ambulance with oxygen.

The report from the emergency department of the All India Institute of Medical Sciences recorded “MICHEAL” (sic) a 30 years old male, ‘BROUGHT DEAD, PENDING INVESTIGATION” at 8.08 pm.

No response was received from a phone number given by Kennedy who said it belonged to Rahul, with whom Michael was staying.

Kennedy said Michael’s family in Nigeria had sent Rs 42,000 in two instalments to Rahul. It is not clear how much Michael owed Rahul.

“We have not filed a formal police complaint yet as we are waiting for what his family and the Nigerian High Commission tell us,” Kennedy