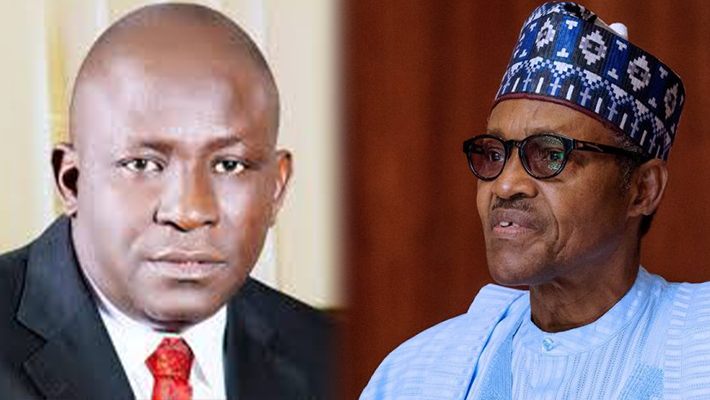 Mr. Gimba Kumo, a former son-in-law to the President, Major General Muhammadu Buhari (retd.), says he was never invited before he was declared wanted by the Independent Corrupt Practices and other related offences Commission for the alleged misappropriation of $65m while he was Managing Director of the Federal Mortgage Bank of Nigeria.

Kumo said this in a letter addressed to the Chairman of the ICPC, Prof. Bolaji Owasanoye, which is dated May 18, 2021.

The ICPC had last Thursday declared Kumo wanted alongside Tarry Rufus and Bola Ogunsola over the alleged fraud. In the notice signed by its Spokesperson, Azuka Ogugua, the ICPC urged the public to provide information about the whereabouts of the wanted persons.

In his letter titled, ‘Re: Declaration of Mallam Gimba Yau Kumo, OON, as a Wanted Person in National Dailies, Social Media and the ICPC Website’ Kumo described the development as unfortunate, adding that no attempt was made at inviting him before he was declared wanted.

The letter signed by his lawyer, Chief O.U Orji, and Uwem Umoawan, read in part, “We were reliably informed by our client that he was never served with any official invitation in line with Section 29, 30, 31, and 32 of the ICPC Act, 2000.

“Since he left the FMBN, his private office and home addresses are well known to the public as both the DSS and the EFCC have also effected service/invitation to him personally which he honoured without any hesitation on the same issues as he does not have anything to hide.”

Kumo argued that the ICPC had violated its own Act by declaring him wanted without following due process.

He noted that he had already been investigated by the Department of State Services and the Economic and Financial Crimes Commission and the report had been sent to President Buhari.

The former FMBN boss said the decision to declare him wanted seemed like a witch-hunt hence the hurry by the ICPC.

The letter further read, “Suffice it to be noted that the same allegations were dully investigated by the DSS and the EFCC and reports have been sent to the President. All the documents ranging from the invitation letters and our client’s reply with the documentary proofs will be found if demanded.

“Sir, it is instructive to ask why the witch-hunt? Why the hurry to declare what our client wanted? Why the publication without properly inviting our client in accordance with the law?

What actually is the aim behind these investigations having been investigated by the DSS and EFCC on the same subject matter?”

Kumo said he was ready to approach the ICPC the moment he is properly served with an invitation.

The PUNCH learnt that the probe was part of a wider investigation into the funds released for the Goodluck Jonathan Legacy City Housing Project which began in 2012.

The project, which was expected to deliver one million housing units in Abuja, Lagos, and Port Harcourt, was awarded to Good Earth Nigeria Limited while the FMBN was to implement a small portion of the project.

The project, which was supposed to have lasted for 18 months and terminated by June 20, 2014, was frustrated by a delay in getting letters of credit as well as the arrival of imported materials for construction, Kumo said in his letter.