The chaos in South Africa over the imprisonment of the former President has entered its 5th day and over 30 persons have died as a result. 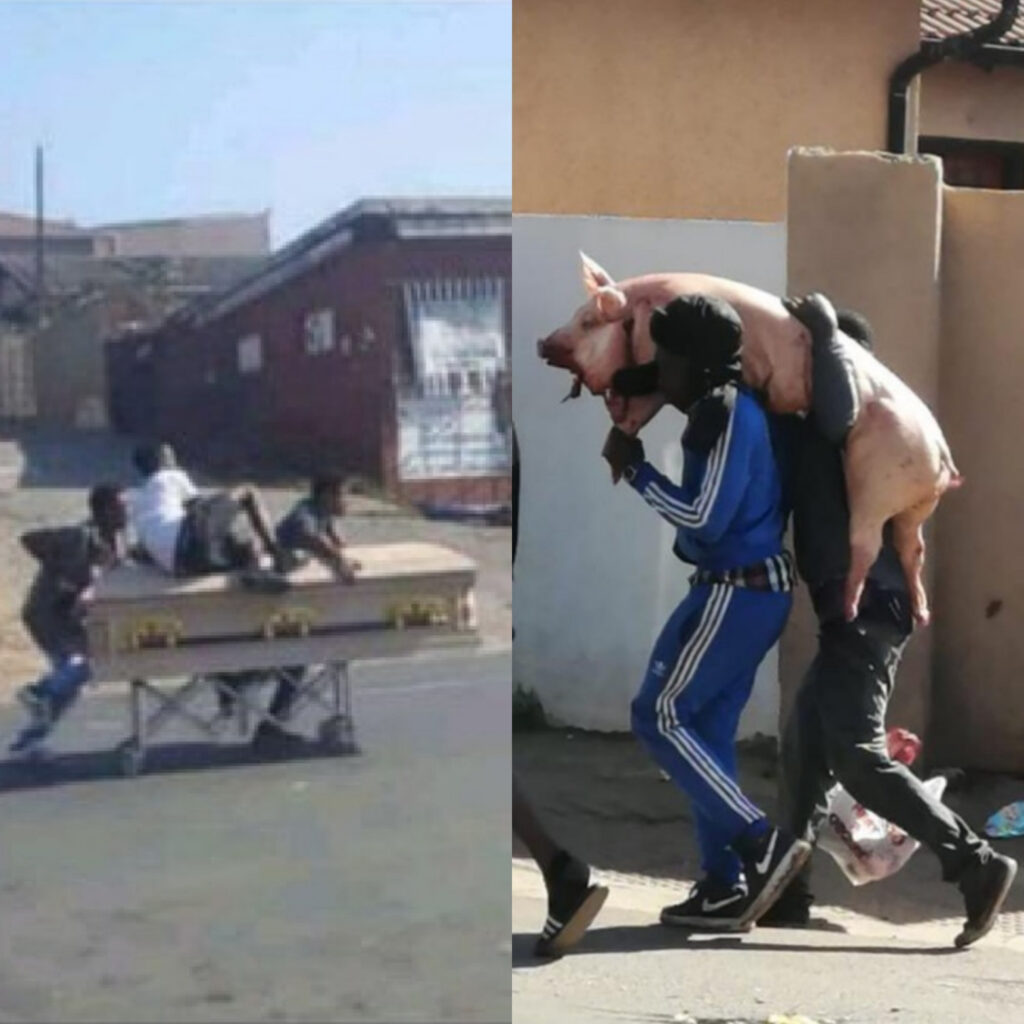 The death toll has risen to more than 30. Many of the deaths occurred in chaotic stampedes as scores of people looted food, electrical appliances, liquor and clothing from retail centres, KwaZulu-Natal province premier Sihle Zikalala told the press on Tuesday morning.

“Yesterday’s events brought a lot of sadness. The number of people who have died in KwaZulu-Natal alone stands at 26. Many of them died from being trampled on during a stampede while people were looting items,” said Zikalala.

Most stores have been damaged and completely looted. The looters even made away with coffins, live pigs, pig carcasses, and just about anything they could lay hands on.