We Have 15 Prisoners Set To Be Conferred With University Degrees, One PhD Student - Prison Service - IReporteronline 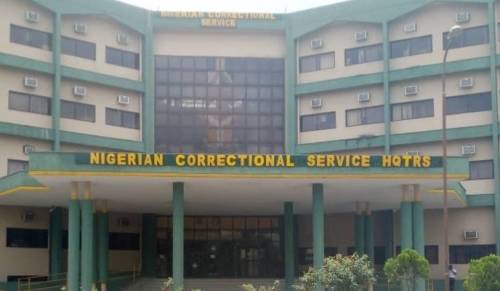 The acting Comptroller-General, Nigeria Correctional Service, John Mrabure, has revealed that about 15 prisoners serving different terms of imprisonment are set to be conferred with bachelor’s degrees in different disciplines while another has defended his PhD thesis.

He described as wrong allegations that the prisoners become more hardened criminals after serving their sentences.

Mrabure, represented by the Comptroller of NCS in the Federal Capital Territory, Abdul-Rahman Maiyaki, stated this during the fifth anniversary of The Voice Nigeria Project.

The event which was organised in partnership with OXFAM was themed, “Prouder and Louder; Shine On.”

The OXFAM Project Coordinator and representative of the Country Director, Olumide Ojo, said the organisation’s mission was to promote an inclusive society where everyone had equal and fair access to every opportunity available.

Maiyaki said, “The government is doing a lot because we have psychological therapy, we have vocational training, we have education so much that as it is now, in my FCT command, we have undergraduates that will soon get their degrees under the National Open University that is running within the correctional facility.

“We have up to 15 of them that will soon graduate with their first degree. And in Lagos, we have somebody who is about to finish his PhD thesis. So, the story that those who go into the correctional service get damaged is a wrong impression.

“The government has been doing a lot and that belief that correctional centres make inmates to be hardened is old history and not in the current dispensation of the formation with the rehabilitation, reintegration agenda of the Nigerian Correctional Services.

“That is the reason the name was changed from prisons to correction because people have not taken note of a lot of things that have been happening behind the walls. Many people have actually been reformed and properly reintegrated into the wider society and they become good citizens.”

Why My Govt Is Sacking Public Workers – El-Rufai