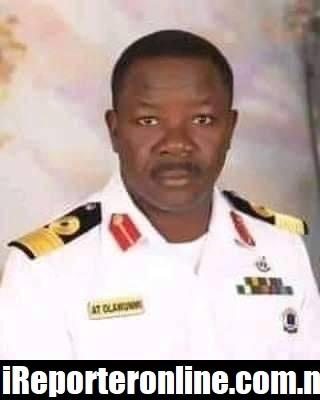 The Defence Intelligence Agency has confirmed SaharaReporters’ report that it declared a former Nigerian Navy Commodore, Kunle Olawunmi, wanted for exposing in an interview how President Muhammadu Buhari’s administration refused to probe high profile politicians whom Boko Haram terrorists named as their sponsors.

The DIA said in a shallow statement it invited Olawunmi to its headquarters in a ”text message to come over as a retired military officer to shed more light with the information that would assist the AFN to further fight against terrorism, insurgency and banditry.”

The intelligence agency, despite the volume of information on the activities of the insurgents and bandits ravaging the country, said it was waiting for a retired military officer to assist it to fight the insurgency.

SaharaReporters had earlier reported that the DIA asked Olawunmi to come to its headquarters in Abuja on Tuesday with his international passport, which may be seized.

In a reaction obtained by SaharaReporters on Saturday afternoon, a DIA official said, “Please gentlemen of the press. There is a SaharaReporters’ online news that the DIA has ordered the arrest of Cdre Olawunmi rtd. We are issuing a statement soon. You recall he said he his (sic) privileged to lots of information during his media interview on Channels. He was only invited (sic) through text message to come over as a retired military officer to shed more light with the information that would assist the AFN to further fight against terrorism, insurgency and banditry.

“Also recall that the CDS has just concluded his tour of the 6 Geo-Political Zones where he solicited for the support and cooperation of retired military officers. The arrest of persons was not part of it.”

The Defence Intelligence Agency is the primary military intelligence agency of Nigeria.

“The agency has declared retired Navy Commodore Kunle Olawunmi wanted for spilling the beans over Boko Haram sponsors in the Buhari regime. They asked him to come with his international passport on Tuesday to the DIA office in Abuja,” a top source had said.

He had condemned Tuesday’s attack by bloodthirsty bandits on the Kaduna campus of Nigeria’s foremost military university, the Nigerian Defence Academy, where two military officers were killed and another kidnapped.

The Professor of Global Security Studies had said, “It is an aberration; you don’t attack the Nigerian Defence Academy and get away with it. In 2017, I carried out an investigation by the Minister of Defence that wanted me to check what was going on with the training and the security there (NDA). I remember I spent about a week in the NDA with the commandant and the staff but something struck me: every Friday, the gate of NDA is thrown open and everybody has access to pray in the mosque.

Olawunmi had added that he was a member of the Intelligence Brief at the Defence Headquarters during the leadership of the then Chief of Defence Staff, Gen. Abayomi Olonisakin (retd.).

“I told General Olonisakin then that the centre of this problem cannot be solved the same way we solved the problem of the Niger Delta. The Niger Delta problem was solved during (Ex-President Umaru) Yar’adua basically by me and I told them that we can’t use that same template for Boko Haram.

2023: Why Tinubu Should Be Considered For President – Oba Of Lagos Reveals