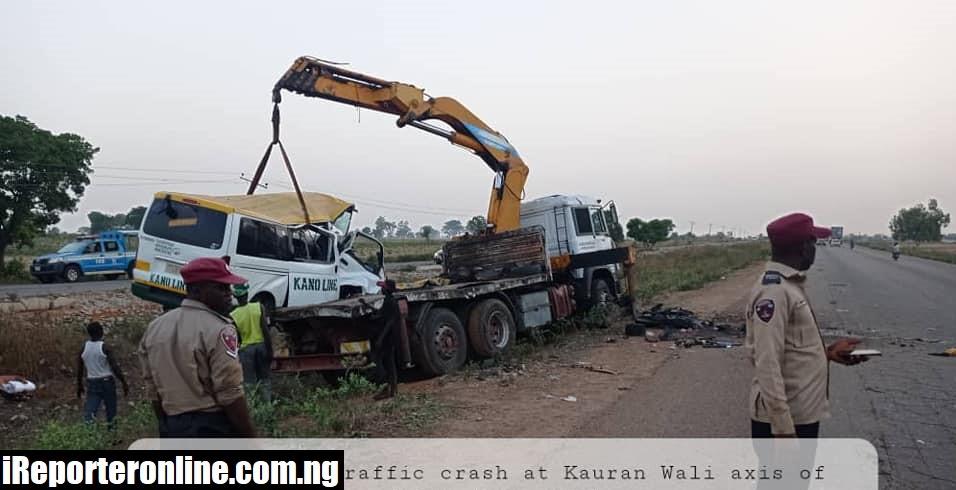 20 people including 17 young men from Kano State died in a fatal car crash along Kauran Wali axis of Zaria-Kano Road.

LIB reported that the young men were returning home after attending the wedding of their friend in Zaria. 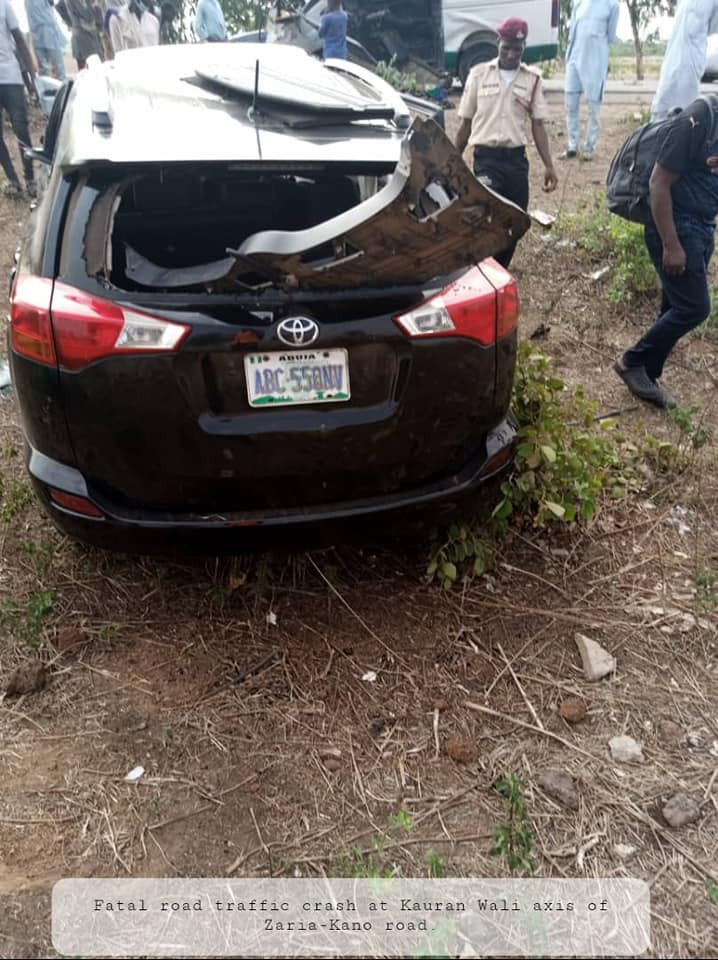 “The bus was Kano-bound, while the SUV was headed for Zaria. According to eye-witness reports, the crash was a head-on collision between the two vehicles, resulting from dangerous driving and overtaking along a diversion point on the highway,” Aruwan stated.

“Over 20 persons were involved in the crash; ten (10) persons died on the spot and others died later at the Ahmadu Bello University Teaching Hospital (ABUTH), Shika. Those injured remain in the hospital

“Governor Nasir El-Rufai received the reports with sadness and prayed for the repose of the souls of those who lost their lives, while sending condolences to their families. He wished the injured a quick recovery

“The Governor thanked officials of the Federal Road Safety Corps who responded swiftly after the crash to evacuate the injured and clear the obstructions. He appealed to drivers to maintain caution and observe speed limits on all roads to avoid such tragic occurrence.” he added. 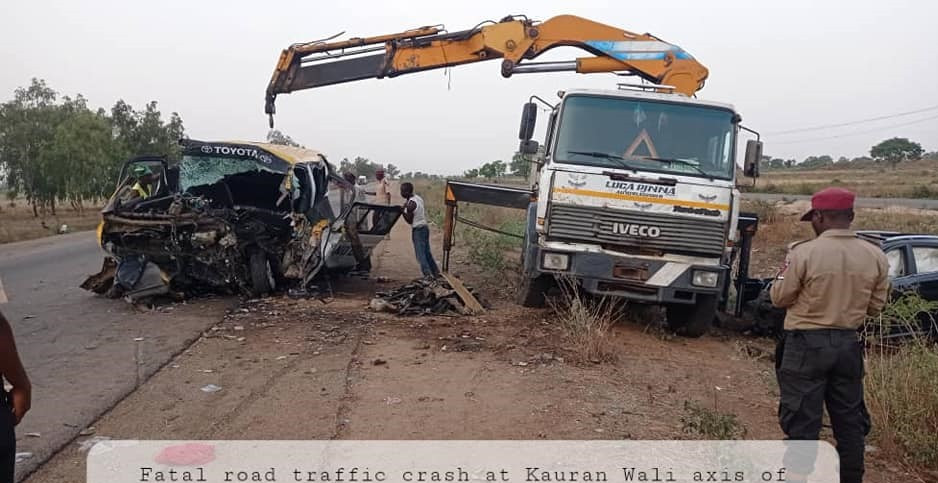 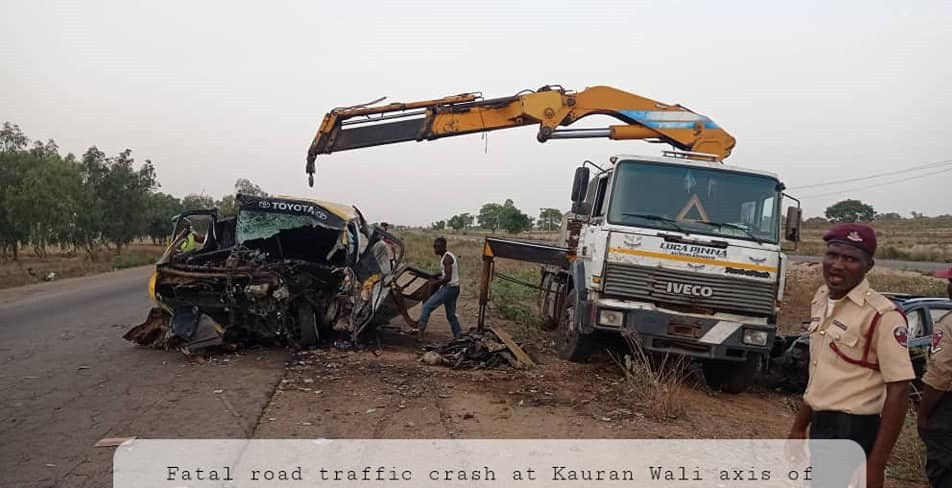 Daddy Showkey Walks From Ojudo To Ajegunle And Livestreamed Himself