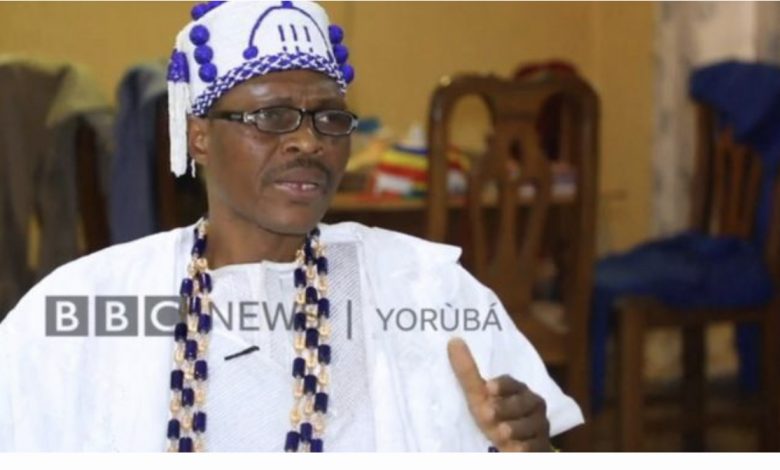 Tajudeen Bakare, the leader of Ogboni group, who was arrested in July during the Yoruba Nation rally in Ojota, Lagos, has said that he decided against disappearing when police seized him.

According to him, due to the fact that he was arrested alongside some other persons, he deemed it fit not to disappear.

Bakare said he is bewildered about the murder charges leveled against him by the state’s authorities, considering he had no gun in his possession during the time of his arrest.

”We were not arrested at the Yoruba Nation rally ground. And I did not kill anybody. Or how is it possible for someone who does not have a gun on him to shoot another person to death?” Bakare said in a recent interview with BBC News Yoruba.

Bakare submitted that still, he is not deterred, and in the event another Yoruba Nation rally happens, he will be actively present.

JUST IN: How My Son Was Killed – Senator Na’allah Opens Up