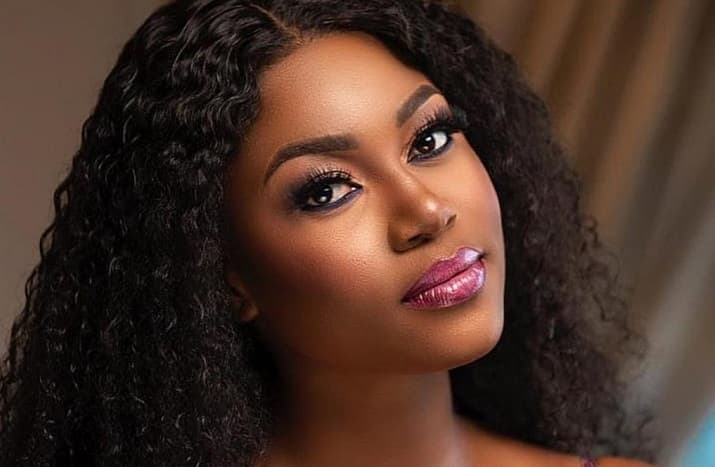 Ghanaian actress and model, Yvonne Nelson, has revealed that she has not had sex in two years.

Speaking during an interview on Kingdom + FM in Accra, the actress stated that it has been hard to find love in Ghana.

She said, “Finding love in this country is quite difficult. Ghanaian men do not love me. I’ve met a couple of people that I liked but they didn’t even believe that I liked them.”

Nelson also explained that she had lost interest in finding love and has not had any form of sexual relationship with anyone in two years because she has self-control.

During the interview, she asserted, saying, “After a year, I went straight without it. I can control myself when it comes to that. I don’t have a love interest even though I wish I did”.

Yvonne Nelson has a five-year-old daughter from her past relationship with a British photographer, Jamie Roberts.

Her revelation comes shortly after she gave relationship advice via her verified Twitter handle about flaunting relationships online.

While sharing her thoughts about flaunting one’s relationship on the internet. Giving her two cents on the matter, the actress opined that such actions usually make the relationship end quicker.

Giving her opinion via her verified Twitter account, the screen diva noted that once a person starts to show off their relationship on social media, people begin to meddle in their private lives.

She said, “My observation… a relationship will end if it has to but flaunting it on social media just speeds up the process (all the side chicks will come flying around and the gossip association will hold their weekly meeting for your sake) happy weekend guys.”

I Will Die The Day I Stop ….. – Mr Macaroni Speaks

Tems Becomes First Nigerian Artiste To Debut At No.1 On Billboard Hot 100