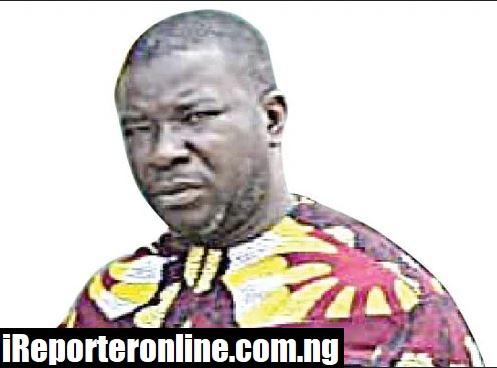 Without the shadow of any doubt, the past four weeks have been traumatic for the family members of Femi Oluwadeko, the proprietor of First Trust School in Adamo, Ikorodu, Lagos State, unsure of whether their breadwinner is alive or dead.

Fifty-year-old Oluwadeko and a teacher in his school, Chioma Oladapo, were reportedly kidnapped during a visit to the former’s poultry at Salebo, Imota, around 7am on Thursday, June 3, 2021.

While Oladapo reportedly managed to escape from the kidnappers’ den, her boss’ whereabouts remained unknown even after the family had paid N1.5m in ransom. The abductors were said to have initially demanded N100m.

City Round learnt that the abduction was reported at the Imota Police Division and the case was later transferred to the tactical squad at the state police command headquarters in Ikeja.

The victim’s wife, Bukola, told our correspondent during the week that the police had yet to rise to the occasion as promised, leaving the family to seek help from local vigilantes who assisted in combing the forest in search of her husband.

In the wake of grief the incident left in its trail, distraught Bukola now struggles to keep the family going and tend to the emotional state of her children.

“Our only hope now is prayers,” Bukola said, solemnly. “I can’t go to work again because of this incident. I can’t leave the children alone.”

She stated that the abductors contacted the family via Oluwadeko’s line and demanded N100m ransom, warning them not to involve the police.

After much pleading, she said the gang agreed to N1.5m which was painstakingly raised and paid the following day.

She stated that the abductors assured the relative who took the money to the agreed location that they would release Oluwadeko soon, adding that they had not heard from them since then and her husband’s phone number no longer connected.

She said, “We reported at the Imota division and policemen followed us to the farm a day after the kidnapping. The vehicle he drove to the farm was found on the premises. The police then referred us to a unit in Ikeja. We wrote statements and an IPO (investigating police officer) at the unit promised to contact us. We have not got any positive result from the police since then. It was some vigilantes who helped us to search through the forest.

“The woman (Oladapo) led them to where she escaped from but they couldn’t find my husband. I learnt the owner of the poultry around my husband’s was also kidnapped about two months ago. The man came from abroad to inspect his farm. The kidnappers collected N15m before he was released. We are worried that he (Oluwadeko) has not been released after N1.5m was paid.”

Oladapo told CIty Round that she and her boss had barely entered the poultry when three young men armed with guns scaled the fence into the premises and held them hostage.

She said almost instantly, about 10 more armed men joined the gang and collected their phones.

She stated, “We thought they would leave us after collecting our phones and the little money on us. They beat us and ransacked my boss’ vehicle. When they couldn’t find more money, they led us out of the farm. There were no passersby around the vicinity at the time. We trekked a long distance into a forest.

“They hid us somewhere, removed my boss’ clothes and tied both of us. The hideout looked like somewhere they had been using for some time because it was cleared. We could hear voices of some people cutting trees.

“At night, they brought us out and demanded N100m ransom. We exclaimed and begged them to allow us to call our relations. My boss called one of his friends and his wife. I also called my brother who was abroad.”

The teacher said their abductors took them to another location that night, noting that she watched closely as they navigated the routes.

She said, “On our way, I saw a signpost with the inscription ‘Glory Estate’. I also heard voices from an ongoing church programme. When we got to the new location, they tied our hands and legs and went to sleep. They were calling me yaro (child in Hausa) and didn’t tie me tightly.

“They felt I was a woman and weak. Only one of them barely spoke Yoruba. He was the one interacting with us. They were young men and should be between ages 18 and 19.”

Oladapo said she informed her boss of her plan to escape but he warned her against such a move on the grounds that she could be killed if caught.

She added that after some minutes, she attempted to escape through the entrance but withdrew when he saw three of the gang manning the point.

She said, “I ran into the forest, looking for a route to get to the church. While I was wandering around the forest, I heard the kidnappers’ voices. It was raining, yet they were searching for me. They were shouting, ‘waka (an abusive word in Hausa), shoot am, kill am.’ They were shooting and I started crying where I hid.

“A tree fell in the process and they stopped chasing me. Maybe they thought I was felled by bullets. When I didn’t hear their voices again, I continued running until I reached a riverside. It was already dawn; I sat there crying.

“I heard a man cutting trees and called him for help. He was initially hesitant to come to my rescue. He said that spot was dangerous and that I could be a spirit. He later entered the river and took me to their traditional ruler’s palace. I was told that I was in Emuren (Sagamu).”

Oladapo said the traditional ruler assigned some people to escort her to the Imota Police Station where she wrote a statement before being taken to a hospital for treatment.

“I am still at home; I can’t resume work yet because of the trauma. My blood pressure is high; I always have migraines. The incident keeps flashing in my memory,” she told our correspondent on the phone.

The IPO in charge of the case at the police command headquarters in Ikeja confirmed that the matter was referred to the tactical squad, adding that Bukola had not come back to follow it up.

He said, “The case was transferred to our office in Ikeja. She (Bukola) reported and I asked her to come back but I haven’t seen her since then. How can we work without proper information? How are we going to reach out to her? She was supposed to come on a date but she failed to come.

“I have been disturbing her to come. She said she was not feeling fine. I told her that I had an operation on that axis and promised to call her. Eventually, the operation was thwarted. It was a different operation but I just wanted to use that opportunity to follow up her matter.

“The ransom was paid without the police being involved. In a case that we don’t have logistics and enough information to work with, it will be as if she reported the case and nothing is being done.”

The Police Public Relations Officer in the state, CSP Muyiwa Adejobi, had yet to reply to a text message sent to him on the incident.