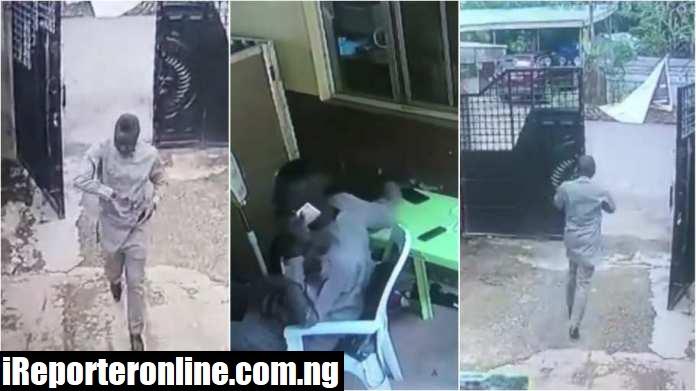 Wonders they say shall never end. A young man was captured on video stealing a phone inside a church.

CCTV footage exposed the act. The young man from the video seen, walked inside the church, sat down at the point where phones were connected on the table for charging purpose. He then removed one of the phones from the charger and placed it quietly inside his pocket and left.

When he got outside the church, he took to his heels and ran through the gate

After the CCTV footage was released to the public, a number of persons have identified him as Tosin Ekube, a supposed pastor’s son.

It is said that he is noted for such vices and he has been in and out of police cells.

Watch video below as shared by atinkanews:

Oh My!! Man Almost Drowns In A Swimming Pool While Hiding After His Lover’s Husband Came Home Unexpected (Video)