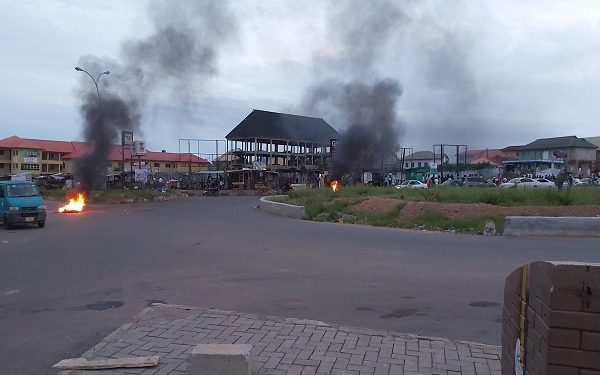 There is palpable fear in Osogbo capital of Osun State as some suspected internet fraudsters popularly known as ‘Yahoo Yahoo boys’ stormed the streets to protest against alleged arrest by Economic Financial Crime Commission (EFCC).

The Nation gathered EFCC operatives had stormed Adetunji Estate and Hallelujah Estate in Osogbo to arrest suspected internet fraudsters on Monday night but youths in the area waylaid them, preventing them from allegedly taking away 20 vehicles belonging to the suspects.

The youths and other suspected fraudsters stopped the operatives from getting out of the estates.

It was learnt the EFCC operatives abandoned the vehicles and ran from the scene.

The blockage caused heavy gridlock in all the roads adjoining the junctions.