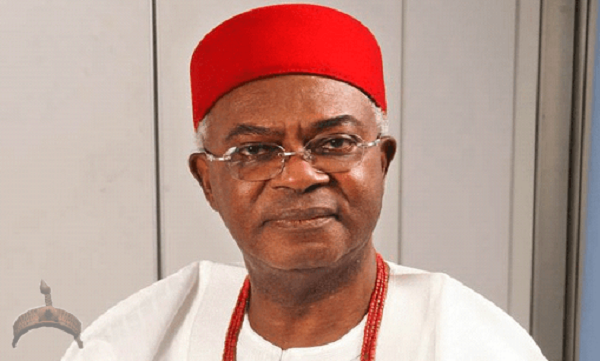 The apex Igbo socio-cultural organisation, Ohanaeze Ndigbo, says the Obi of Onitsha, Obi Alfred Achebe, is the pride of the Southeast, as he marks 80 years on earth.

President-General of the body worldwide, Prof George Obiozor, while extolling Achebe, yesterday, described him as dependable, predictable and a man of principle

In a statement by Ohanaeze, which was made available to The Nation in Awka yesterday, by the National Publicity Secretary of the group, Hon Chiedozie Alex Ogbonnia, the apex Igbo socio-cultural organization wished the Obi of Onitsha well as he clocks 80 years on earth

According to the statement, “Ohanaeze joins numerous well-wishers, both at home and in the Diaspora, to felicitate with His Royal Majesty, Igwe Nnaemeka Alfred Ugochukwu Achebe, the Obi of Onitsha, as he clocks 80 years, today, May 14, 2021.

“Igwe Achebe is one of the few foremost traditional rulers in Nigeria that embody enviable intellect, majesty, spirituality, character, courage and candour.

“With the Obi of Onitsha, you know where you are with him: very dependable, predictable and principled. Indeed, he is a cosmic agent whose noble obligations are to leave the world better than he met it.

“His Excellency, Ambassador Professor George Obiozor, the President-General of Ohanaeze Ndigbo Worldwide,  remarks with immense delight, that His Majesty has, at various times, within the shortest possible time, responded to several calls by various Igbo groups, especially the Ohanaeze Ndigbo.

“Igwe Achebe has thus added exceptional and most profound values to the peace, harmony and progress of Ndigbo.

“He is indeed a rare gem- one of the finest and brightest in Nigeria. We, therefore, wish the Obi of Onitsha many more years in good health,” Ohanaeze said.