Oh Dear : Ken Eric’s Wife, Onyin Says He Never Slept With Her Before Or During The Marriage

A few days back Onyi Adaba, the wife of Nollywood actor, Ken Erics made a comment on Instagram that her hubby left home 7 months ago and the comment went viral with a lot of alleged insinuations back and forth.

On Sunday newsmen reported that it was alleged that the Marriage crashed because the actor had discovered that his wife had a love child she was hiding.

We tried to find out from Onyin but she said she was too devastated and not willing to talk so we let her be and went to Press….

After we went to press,we made efforts to contact her again and this time,she spoke in a trembling voice saying she was not ready to talk but we told her we could not do her version of the story if she does not talk….

”I cannot talk now but all i can say is that there was no child before the Marriage of after it,they just want to soil my name,I swear on my unborn Children that i don’t have any child.

I have really suffered,I currently live in the Village because there is nowhere else to go…Since the wedding night until he moved out,Ken did not touch me and I have only just found out on the Internet the reason why..He never touched me at all”…

She broke down crying and we had to wait for her to get herself back on track.

According to the full details of what happened;

”The wedding ended on the night it was contracted…Ken woke up Onyin and told her he didn’t want to be Married and that he was a man alone and didn’t need a woman and that the Marriage was over..She cried and cried and begged but he refused and left her behind n the Village when he was leaving…She stayed back for a while and eventually had to return to her Fathers house where there was nothing left for her as she had sold up her business she thought she was moving to another location with Ken….Ken and Onyin dated for only one month before they married,she has never seen him naked before..The day she took his Mother’s advice and tried to seduce him to sleep with her,she got the beating of her life and she never tried it again’

”I am not ready to talk now but when i get myself out of the shock of the whole thing,I will explain everything”.

When asked why she posted the comment that went viral,she explained that she did not really know it would be noticed like that……

On Sunday,she posted this meme and later deactivated the comment section. 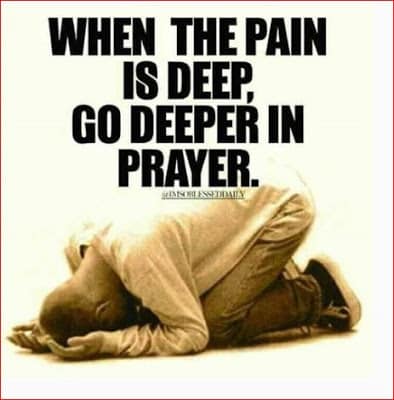 0 comments on “Oh Dear : Ken Eric’s Wife, Onyin Says He Never Slept With Her Before Or During The Marriage”