A woman with the name, Florence Otedola, has caused a stir on social media with an unusual name change involving DJ Cuppy and several other personalities.

Florence, who claimed to be the first child of the former governor of Lagos State, Michael Otedola, in a change of name advert, announced that she now wants to be addressed by several titles which include “Assistant Pastor, Princess, Miss,” accompanied by 11 names and one compound surname.

The advert was published in a national daily though the date is yet to be confirmed.

The Writer Formerly Known As Elnathan

This is the level of Nigerianness I aspire to. Setting standards. Breaking boundaries. Just that if I was Buhari I’d be offended I wasn’t notified as well. #AllMyLawyers #AllFormerDocumentsRemainValid 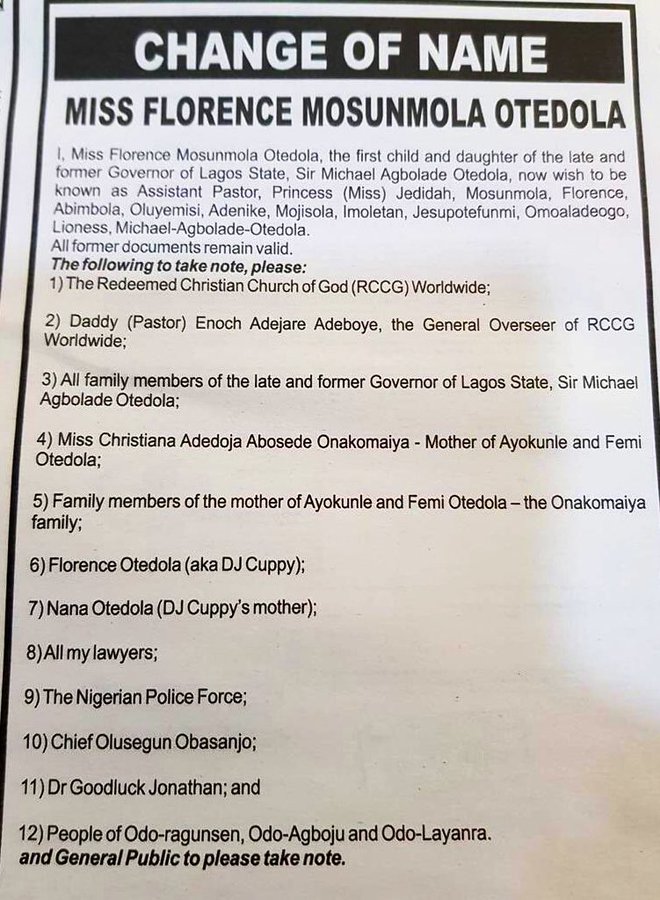 87 people are talking about this
READ ALSO

3) All the family members of the late and former Governor of Lagos State, Chief Michael Agbolade Otedola;

5) Family members of the mother of Ayokunle and Femi Otedola -the Onakomaiya family;