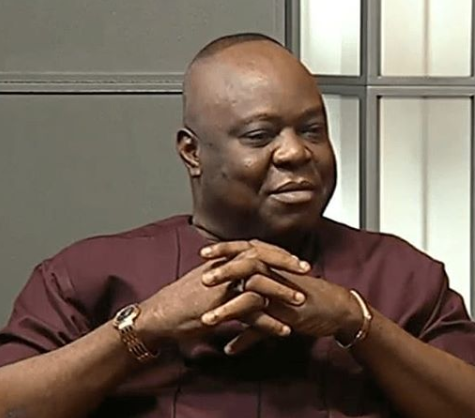 Dele Agekameh, a well-regarded Nigerian journalist and writer, has passed on at the age of 60.

Late Agekameh, a columnist for Premium Times and the Nation newspaper, passed on Friday night in Lagos after battling renal disorder for seven years.

His first son, Fabian, a lawyer, confirmed the development saying his father was another victim of Nigeria’s poor health system that has killed many.

“He first discovered his kidney problem sometime in 2010. At the time, he was hypertensive and had a mild case of diabetes. He went to India in 2012 for a surgery to remove some kidney stones, which was successful. However, he was advised that he might need a kidney transplant as a lasting solution.

“Later in 2012, he had to begin dialysis, which he did at least two times a week and three times when he could manage it. That routine became part of his life until he passed away by 9:05 pm on Friday, 11th of October.

“The previous week, he went to Babcock University Teaching Hospital (BUTH) concerning complications with blood flow during his dialysis sessions, which had been an issue for some time. He had a follow-up visit at BUTH on Wednesday, two days before he passed, during which a minor procedure was performed and he was informed of the need for surgery to clear a blockage around his neck area.

“On the morning of Friday the 11th, he proceeded to Kidney Solutions, off Adeniyi Jones in Ikeja as usual, but there was difficulty hooking him up to the dialysis machines again. A surgeon from Lagos University Teaching Hospital who had seen him in the past was summoned immediately and he performed what was considered a minor procedure at the dialysis centre before he advised that dialysis must still take place. About one hour into the session, he became too weak and medication was administered, but his blood pressure remained low.

“According to his assistant who was with him, around 5 pm, the decision was taken to transfer him to a bigger hospital. Several calls were made for an ambulance to no avail until they decided to hook him up to oxygen and transport him with his personal car. After fighting traffic to get to Lagos State University Teaching Hospital, there was another issue getting him into the emergency ward, as nurses who were finishing their shift refused to attend to him, based on the account of those with him.

“They reportedly claimed that the doctor that could attend to him was busy and they should wait. He was still in his personal car, clinging to life when a doctor went out there to pronounce him dead. The doctor, one Dr Olufemi, claimed that he died on arrival. His driver and personal assistant insist he was still responsive after their arrival at LASUTH. He has been deposited at LASUTH morgue awaiting an autopsy.”

Late Agekameh was an award-winning senior Nigerian journalist who at various times worked for Champion Newspaper, Newswatch Magazine and Tell Magazine. He left TELL in 2004 as Senior Associate Editor to set up Quicklink International Network, publishers of The Capitol International Magazine.

Those who know him describe him as an energetic, dogged and committed journalist and writer. He was perhaps Nigeria’s best crime, law enforcement and security reporter with an extensive network of sources within the nation’s security services.

While in TELL, he broke many top stories including exposing the network of crossborder daredevil robbers terrorising Nigerians and snatching cars. That story led the police to arrest the notorious cross-border kingpin, Hamani Tijani. He won a series of awards for that investigation. Despite his ill-health, Mr Agekameh struggled to maintain his weekly columns in The Nation and Premium Times every Wednesday.