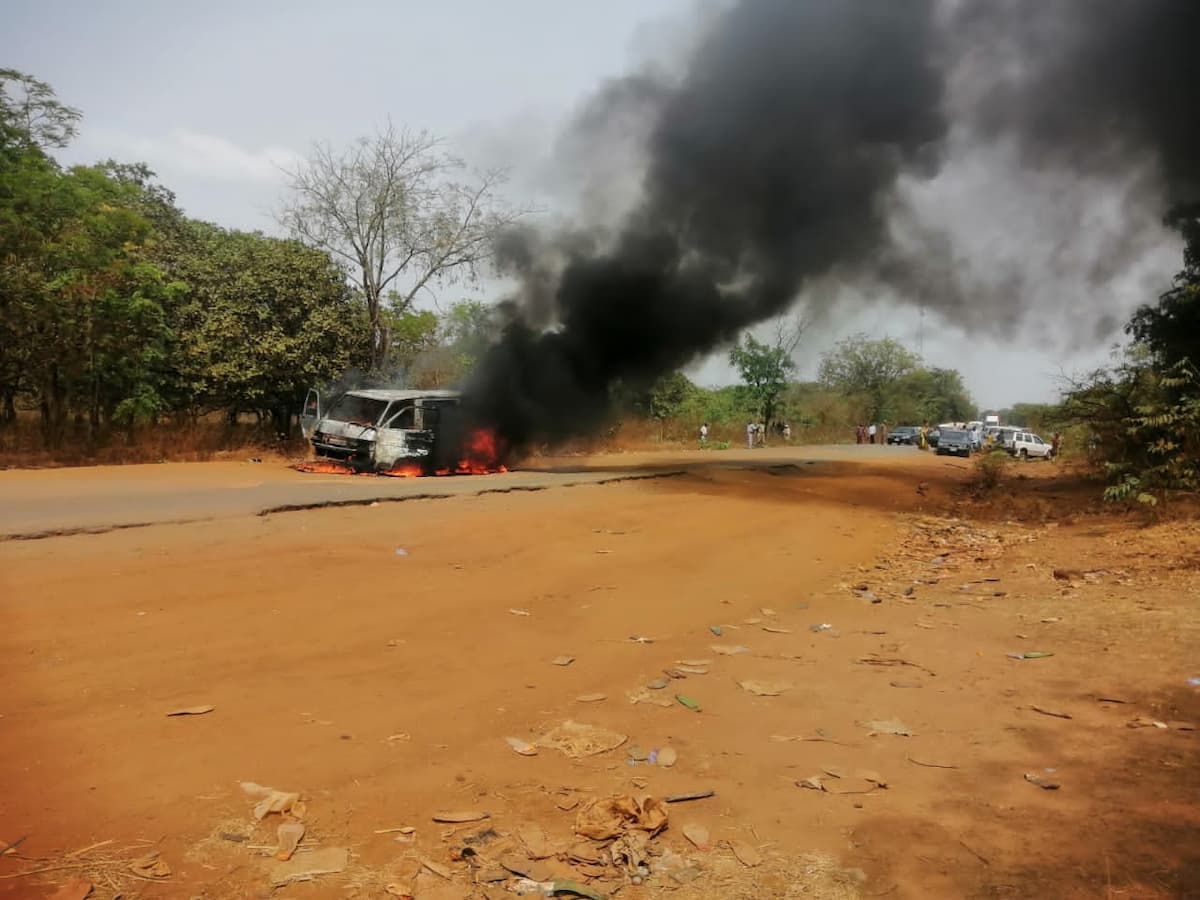 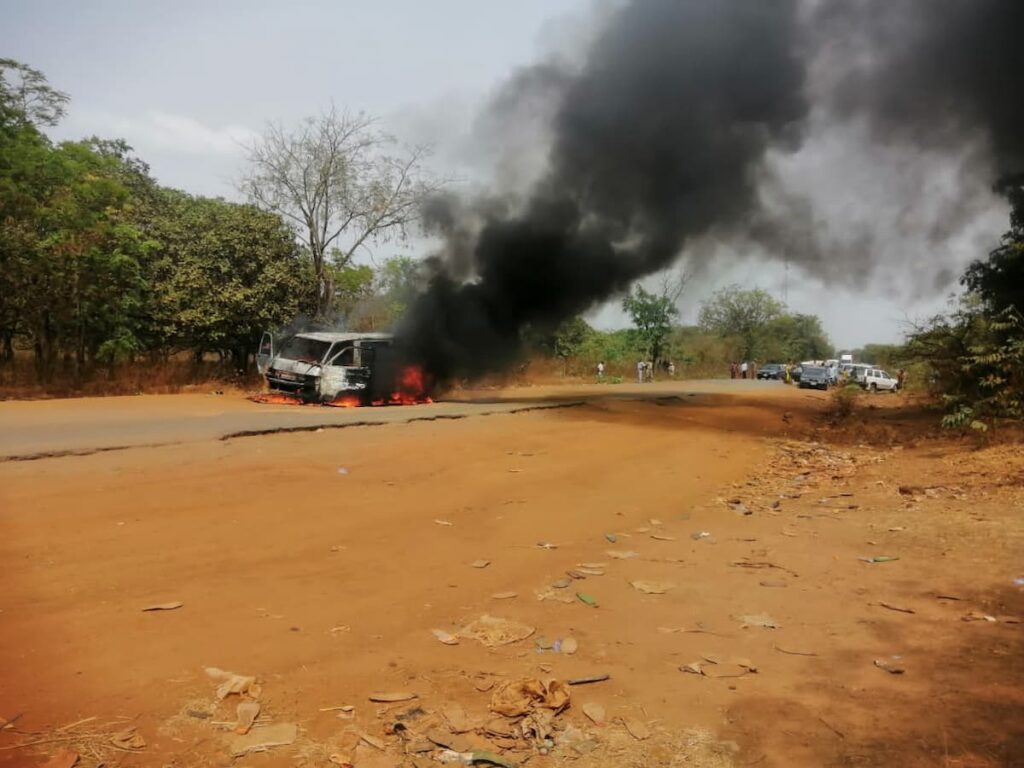 Tragedy was averted on Thursday as an 18-seater Toyota Hiace bus caught fire on motion.

The incident which occurred in Koko Araromi village, along Ajase Ipo road, in Kwara State left many motorists stranded.

The bus which was said to be heading to Osdogbo, Osun State, caught fire around 10:57 am along the way.

Although no life was lost as the passengers hurriedly alighted from the bus, however, all their belongings and luggage were burnt in the inferno.

Owoade who attributed the cause to fuel leakage from the vehicle said, “The FRSC had to stop oncoming vehicles for several minutes because of the intensity of the fire.”