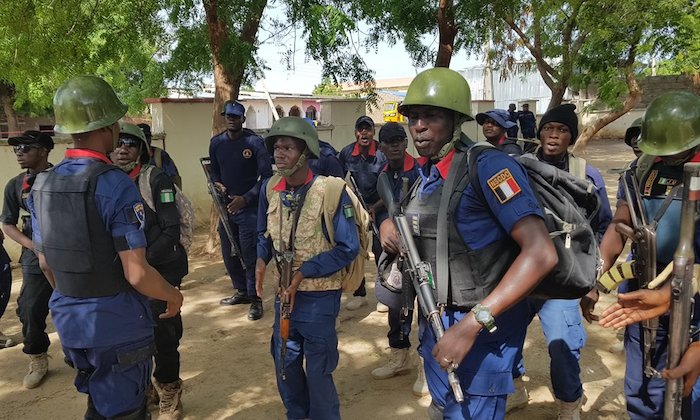 Two officials of the Nigeria Security and Civil Defence Corps have been sentenced to 14 years in prison for their involvement in a recruitment scam.

The staff, Mainasara Malami and Emmanuel Salihu, had conspired and defrauded four different persons of N1.9 million under the pretext of securing jobs for them.

They were convicted on a two-count charge of criminal conspiracy and obtaining money under false pretext filed against them by the Economic and Financial Crimes Commission (EFCC).

In his judgment, the  Presiding Judge, Justice Malami Dogon Daji sentenced the suspects to seven years imprisonment on each of the charges which would go concurrently without the option of a fine.

According to Justice Dogon Daji,  the jail term should begin from the date the convicts were arrested.

He also ordered them to refund N1.9  million collected to the rightful owners who were the victims of the fraud.

The EFCC’s counsel commended the judgment which he said would serve as a deterrent to others.