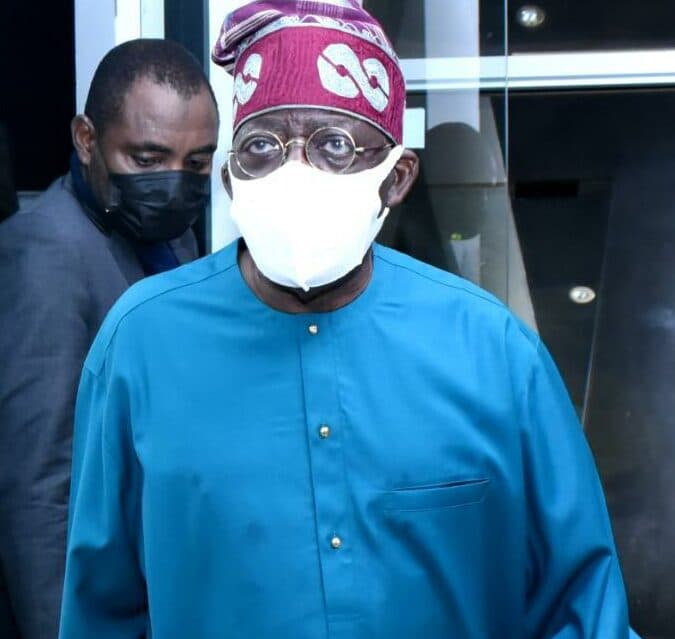 2023: How APC Can Be Stopped From Going Astray – Tinubu Speaks

National leader of the All Progressives Congress, APC, Asiwaju Bola Tinubu on Thursday said the only way the party could be stopped from going astray in 2023 was for the party to be democratic and fair in governing its internal affairs.

According to Tinubu, in a statement, the election season was upon the party and politics had begun to acquire a heavy intensity, urging that the party must never lose sight of those higher purpose, than greater good.

The former governor said like the president said on Sunday, they all must recall how progressive forces forged an alliance that produced the party.

Read Also 2023: Why I’m Trekking From Abuja To Lagos For Tinubu – Kano Man

In his words: “Our party came into being to answer the call of reform so that progressive governance for the good of all Nigerians could be established in the land.

“President Buhari won the 2015 election and was reelected. But the essential task of fundamental reform and improvement of society has not been completed.

“We still have vital work to do but the work can only be done by a party which is democratic and fair in governing itself as well as in governing the nation.

“This means that while people pursue their political goals they must also and always kept the greater collective purpose in mind.”

Tinubu said they must be guided by the progressive and enlightened reason for the party.

According to him, if we do so, the party shall not go astray or be driven by personal agendas and competition that becomes so heated that it turns into animus.

He said they should be more united in democratic purpose and practice, adding that in this way they should surmount the challenges, and complications inherent in any electoral cycle.

The former governor said the party could then gird itself for its finer purpose, giving the people the chance at better lives in a better society.

“Again, we all should thank the president for the Sunday remarks which he made that we should take full notice of the enduring import of what he said, his eyes on his legacy, on leaving behind a worthy legacy.

“Let us keep the the party on its rightful path and reject any ruse or artifice that will cause the party to betray its great calling.

“Many progressive leaders have invested time, energy, ideas and resources in forming the party with a view to providing a better Nigeria,” he said.

Tinubu commended President Muhammadu Buhari for his recent statement believing in the strength of the APC in its forthcoming primary and general elections.

The APC presidential aspirant noted that the president, as a founding father of the APC had also lent his humble bit and must continue to guard its purpose.

He advised that they should not allow the party to descend into the ways and rank of other parties, instead, they should strive to be an exemplar for a caring and democratic society.

The former governor said only in this manner could they ensure the legacy of the party while leading their nation to its greater improvement.

Tinubu underscored the need for the party to perfect its internal processes so it kept faith to the progressive purpose for which it was founded.