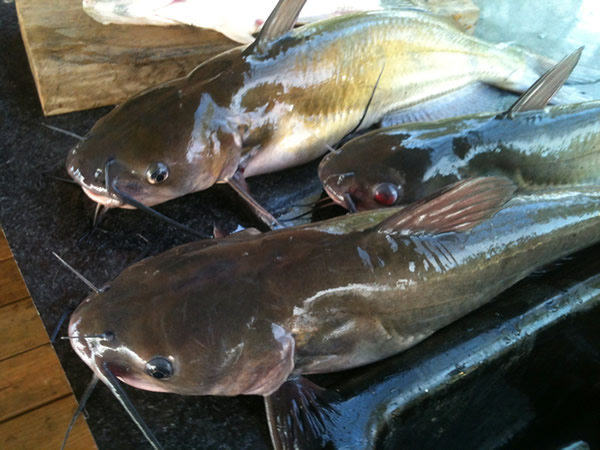 The Magistrate, Mrs Olubunmi Bamidele, sentenced Peter, following his guilty plea and facts of the case.

Bamidele, however, gave the convict an option of N10, 000 fine on count one and N20,000 on count two, which are to run concurrently.

The Prosecutor, Insp Sodiq Adeniyi, had told the court that the convict and one other, now at large, committed the offences on June 16 at about 1 p.m. at Irewolede Estate in Ado-Ekiti.

Adeniyi said that the convict and one other at large conspired between themselves to commit stealing.

He said that the convict stole live cat fish, valued at N400,000, belonging to one Awe Omowumi from her fish pond.

The prosecutor said that the convict was a Farm Secretary and was given the fish pond to manage by the complainant.

He added that the convict confessed to the crime and told the police that he had sold out the catfish to another man.