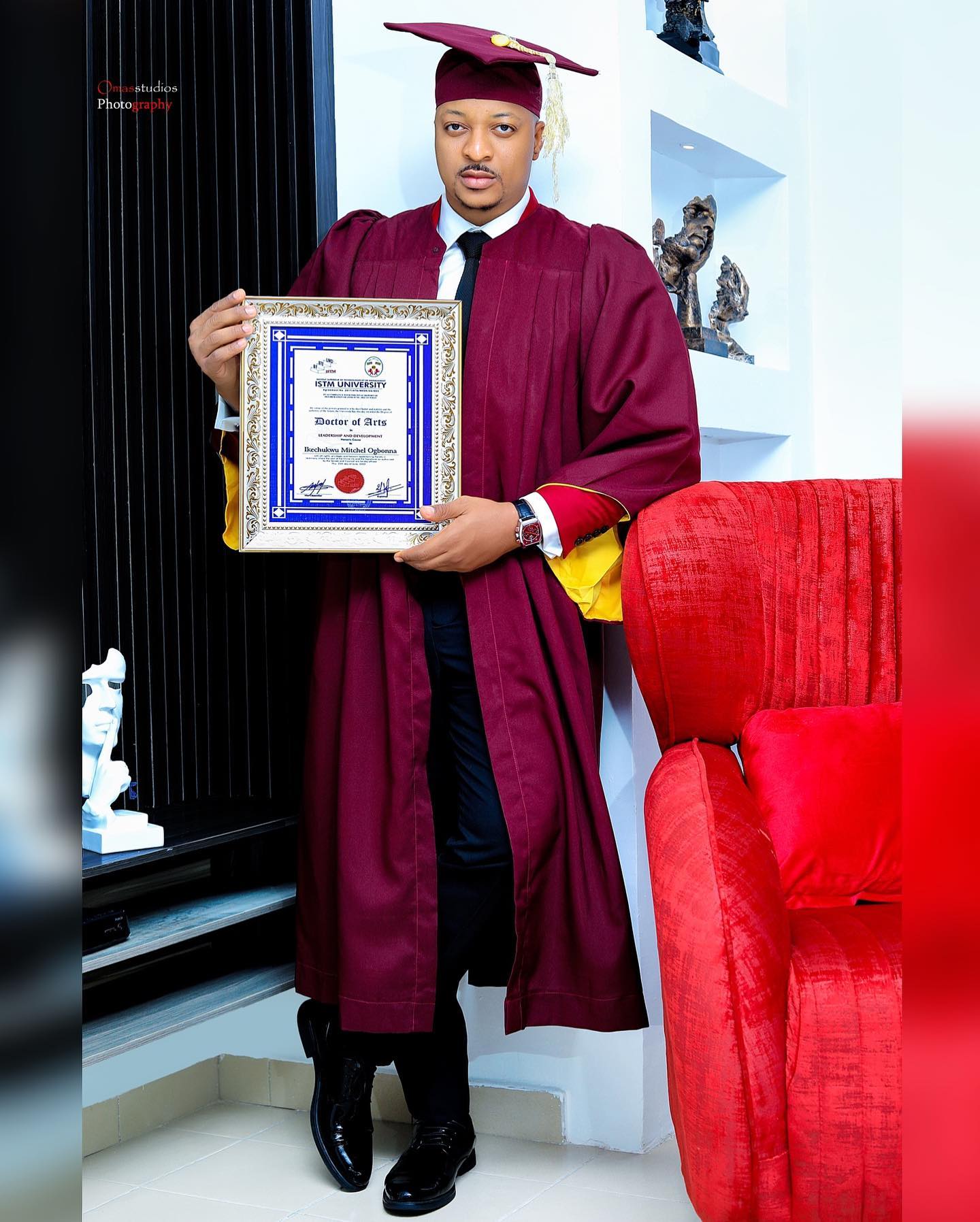 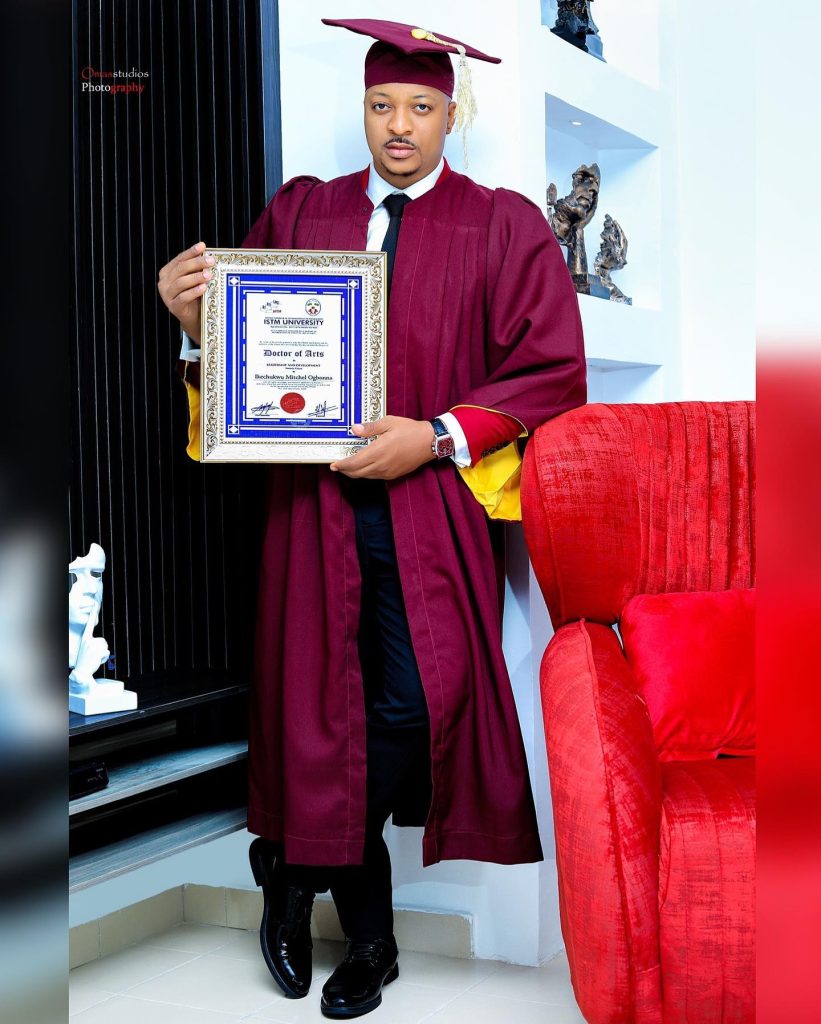 The actor shared the news via his Instagram account with a photograph of him holding the degree.

He captioned the photo, “Introducing Dr (Hon) IKECHUKWU MITCHEL OGBONNA. Thanks to the governing council of INSTITUT SUPERIEUR DE TECHNOLOGIES ET DE MANAGEMENT (ISTM UNIVERSITY) for conferring on me Doctorate (Honorary) Degree of Arts in Leadership and Development,”

IK Ogbonna’s degree comes in light of Nollywood actress Hilda Dokubo receiving a Doctorate Degree of Arts in Leadership and development from the prestigious Institut Superieur of Technologies Et De Management, joining the league of other celebrities with doctorate degrees a few weeks ago.

IK Ogbonna has received congratulatory messages from other industry stars, including Alex Okubo, another honorary doctor.