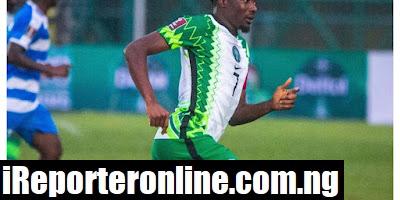 Dazzling wingers Ahmed Musa and Samuel Chukwueze were on target on Friday as the Super Eagles secured a 2-0 win in a test match against Cameroonian club, Coton Sports Garoua.

Having failed to tie up any high-profile friendly in the build-up to the African Cup of Nations starting this weekend, officials of the Super Eagles settled for the top Cameronian club to try out the players assembled for this year’s AFCON.

With 15 league titles to their name and an appearance in the CAF Champions League as well as the Confederations Cup, Coton Sports are not a small side on the continent.

The club did give the Eagles a run for their money but Eguavoen’s men predictably prevailed with a goal in each half from Ahmed Musa and Samuel Chukwueze.

The manager made use of different sets of players for both halves.

Maduka Okoye started in goal in the first half with the quartet of Ola Aina, Zaidu Sanusi, William Troost-Ekong and Kenneth Omeruo in the backline.

While Ahmed Musa and Taiwo Awoniyi led the attack, the midfield was manned by Wilfred Ndidi, Jo Aribo, Kelechi Iheanacho and Chidera Ejuke.

Musa did not finish the first half, as he was replaced by Alex Iwobi.

For the second 45 minutes, Francis Uzoho was in goal while the backline had Olisa Ndah, Zaidu Sanusi, Semi Ajayi and Chidozie Awaziem in action.

Frank Onyeka, Kelechi Nwakali Alex Iwobi, Samuel Chukwueze, Moses Simon and Sadiq Umar were all in action with the duo of Henry Onyekuru and Peter Olayinka also joining the game from the bench.

A friendly between the first and second eleven is also still expected before the Super Eagles file out for their first official game in Cameroon against the Pharaohs of Egypt next Tuesday.

The three-time African champions have other group games against Sudan on January 15 and Guinea-Bissau four days after. 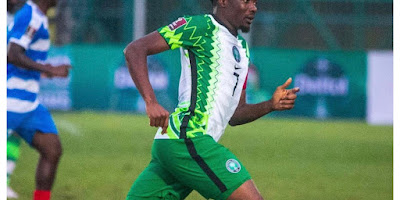 EPL: Solskjaer created problems for me at Man Utd, there are unhappy players – Rangnick

Paul Pogba refutes claims that Manchester United offered him a new £500,000-a-week contract that would have made him the highest-paid Epl player