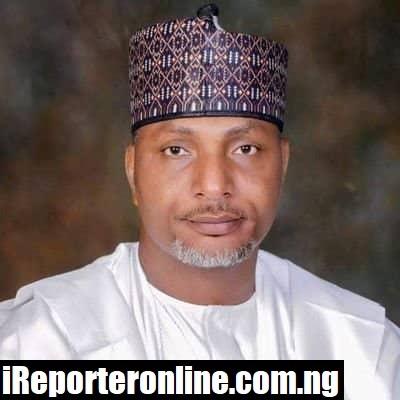 APC Convention : Is Mallam Saliu Mustapha The Next Face Of APC ?

The year is wrapping up and the new year ushers in great expectations especially now that speculations are rife that INEC would anytime soon release its guidelines ahead of the 2023 general elections.

From 2015 to date, President Buhari has remained the face of the APC and has relished the limelight all this while. With the general elections coming up about 13 months away and the APC congress set for February 2022 would there probably be a new face for the biggest political party in Africa?

Having successfully served out his tenure and looking forward to handing over to a successor in 2023 President Buhari no doubt would take a back seat from the stage and motivate the next APC national chairman In setting up a political structure that would determine the future of the greatest black nation on earth.

The quality of candidates to be presented by the party across the 36 States of the Federation would go a long way in shaping the future of the country. So who would be accountable to oversee a party that would produce its best hands for the various elective positions across the States of the federation?

Is the All Progressive Congress looking forward to getting governing ideas from an experienced and energetic aspirant?

Who becomes the next face of the party that would galvanise the APC for more wins? Is Mallam Saliu Mustapha the best face for the All Progressives Congress?

The Turaki of Ilorin has set the political space on fire. He’s young, he’s energetic and he’s a full PROGRESSIVE to the core.

A development consultant, business mogul, philanthropist and consummate politician of over two decades.

Mallam Saliu Mustapha’s political mentorship began early when he emerged as the National Publicity Secretary of the Progressive Liberation Party (PLP) under the leadership of Dr Ezekiel Ezeogwu.

In 2011 Saliu Mustapha was elected as the National Deputy Chairman of the CPC under the leadership of Prince Tony Momoh while President Buhari served as the Chairman of the Board Of Trustees of the party.

In 2018 he contested the Gubernatorial election in Kwara State. Since then to date, he has remained true to the progressive ideology as a stakeholder of the APC both at his home state and at the national level.

He has contributed in no small measure to the sustenance of the party. Through his foundation the Saliu Mustapha Foundation, SMF he has engaged in a wide range of charitable projects in his hometown and beyond, advancing humanitarian causes.

A strategic, experienced and visionary leader, Saliu Mustapha happens to be the youngest aspirant in the race gunning for the  APC’ top job.

Is the All Progressives Congress ready for a new dynamic purposeful leadership ? Are NIgerians ready for the APC ?

The world awaits as the APC gets set for its national congress that would birth a new  set of leadership for  the party.

Is Mallam Saliu Mustapha the next face of the APC?

Despite 3,125 killed by bandits in 2021, Lai Mohammed says Buhari made ‘tremendous progress’