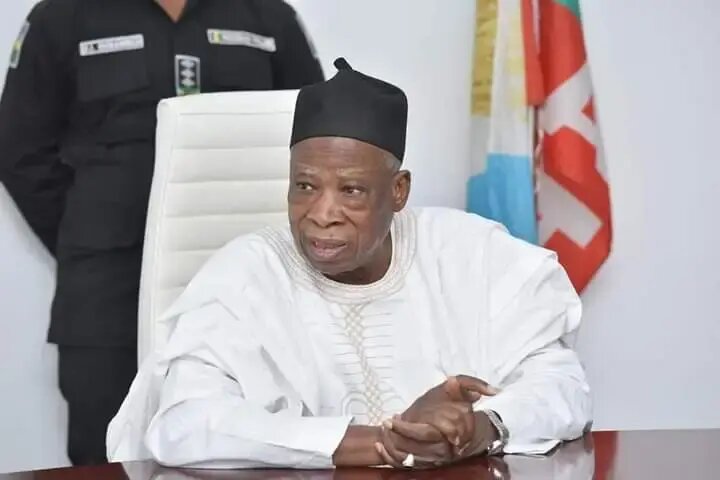 APC Reveals Those Behind Plot To Remove Adamu As National Chairman

The ruling All Progressives Congress, APC, has accused the opposition Peoples Democratic Party PDP of being behind speculations to remove its National Chairman, Senator Abdullahi Adamu, saying there was no such plan.

But the  National Publicity Secretary of the Peoples Democratic Party, PDP, Mr Debo Ologunagba, in a swift reaction yesterday, said it would be a waste of time to dignify the “APC’s baseless allegations with a response.”

However, APC in a statement by its National Publicity Secretary, Barr. Felix Morka, yesterday, disclaimed reports about a gang up by some governors and other stakeholders of the party to oust its chairman.

“The attention of the All Progressives Congress APC has been drawn to opposition-sponsored media reports on plots to remove the National Chairman of the Party, Senator Abdullahi Adamu.

“The reports are based on the imagination of its sponsors ostensibly unnerved by the remarkable achievements of Sen. Adamu since assuming office as the national chairman,” said Morka.

According to him, the party and leaders are currently focused on the important task of building a strong and vibrant electoral campaign ahead, and will not be distracted by boring chirps of idle speculators.

“The opposition PDP is quite welcome to continue to dissipate its energies on innuendoes and chasing after phantom plots in APC rather than concentrate on mending its broken and acrimonious house.

“The National Working Committee of our Party stands united under Senator Adamu’s leadership as national chairman with the singular commitment to wining the next general election,” he stated.

Adamu was on March 26 affirmed as national chairman of the party at a convention to elect members of the APC National Working Committee NWC.

However, while there had been a build up of complaints against Adamu, there were no attempts to oust him.

At the weekend, indications emerged that some stakeholders were working to get him out of the way as apart of trouble shooting efforts to placate the Christian bloc in the party following the controversy generated by its decision to settle for a Muslim-Muslim presidential ticket.

Na We Dey Run This Town: Tinubu’s Supporters Take Over Every Space Ahead Of Electoral Campaigns