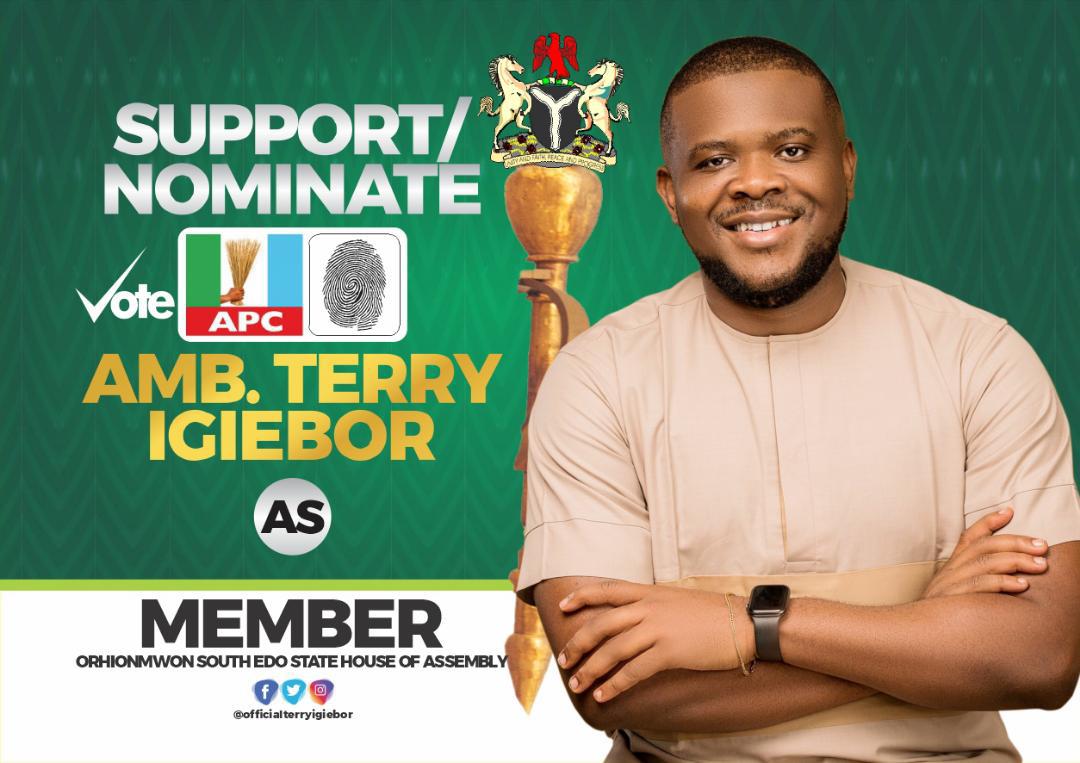 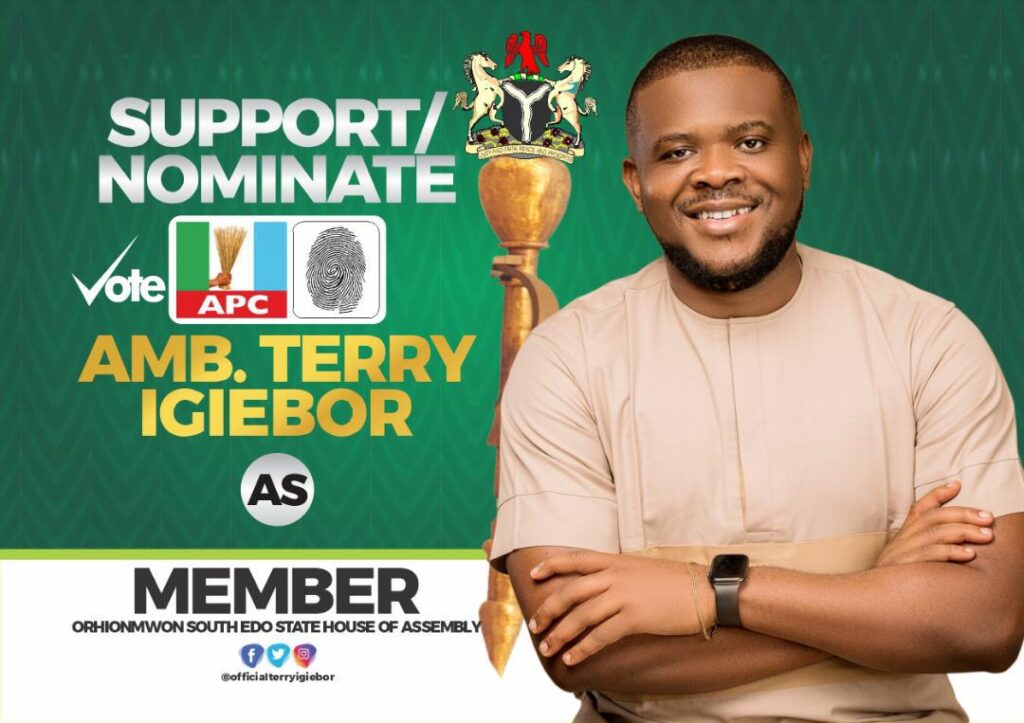 Born in 1989 to the family of Chief Emmanuel Igiebor from Ugboko and Adesuwa Igiebor from Ugo at Egharebva hospital, Amb. Terry Igiebor can be best described as a bonafide son of Orhionmwon.

Terry Igiebor started his educational journey at Victory Educational Center, Benin City, where he sat for and passed his Primary School Leaving Certificate Examination. He then proceeded to Grace Land Educational Center where he gained his Senior Secondary School Certificate (SSCE) in flying colours. Terry Igiebor then proceeded to the United Kingdom where he studied Chartered Management (CMI) in the London College of Management Studies, England.

His flair for astute management led him to the establishment of Terrazo Logistics, a hybrid Peer 2 Peer and Business 2 Business start-up in the heart of Benin City that has now created a solution to the lacklustre system of courier services within Edo state, thereby ensuring job creation and a source of livelihood for many.

Terry also established the high luxury Club Terrazo, a top class nightlife entertainment center located in GRA Benin City, which has thrived because of his business and professional management background. Club Terrazo has to this day created a lot of jobs for the good people of Edo state.

Because of his hunger for the betterment of the life of the average man, woman and child, Terry founded the Terry Igiebor Foundation, a Non-Governmental Organization that has positioned itself to help widows, orphans, the disabled, the elderly and everybody deserving of help. The Terry Igiebor Foundation has carried out numerous humanitarian campaigns too many to be numbered and is in fact still carrying out activities that would span decades of impact.

Terry Igiebor is currently the president of Nedoghama, a group that is positioned to making sure that the interest of the Bénin People is protected. Nedoghama prides itself in supporting Bénin and in upholding the core values of the Bénin heritage.

Terry Igiebor is a man of valour and is well in tune with the traditions of his fatherland; you can see this from his selfless and flamboyant support for the growth and development of his hometown, Orhionmwon.