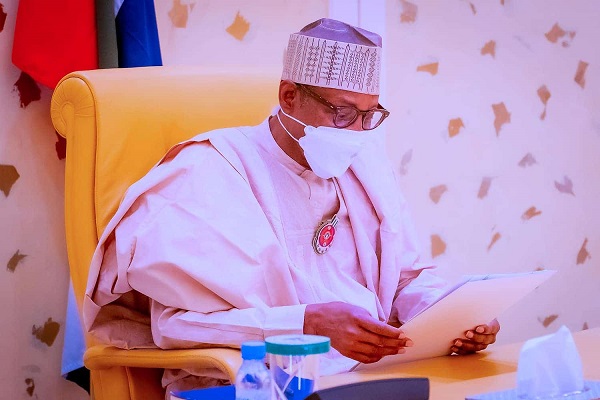 This was announced at the ongoing Federal Executive Council (FEC) meeting at the Presidential Villa in Abuja.

The president also swore in the seven ministers recently screened and confirmed by the Senate.

Before the swearing-in, a minute silence was observed in honour of Mohammed Barkindo, the 4th Secretary-General of the Organisation of Petroleum Exporting Countries (OPEC), who died at the age of 63, Tuesday night.

In attendance physically at FEC are Vice President Yemi Osinbajo; Secretary to the Government of the Federation (SGF), Boss Mustapha; and Chief of Staff to the President, Prof Ibrahim Gambari.

Head of the Service of the Federation (HOCSF), Dr. Folasade Yemi-Esan, and other ministers are attending the meeting from their off.