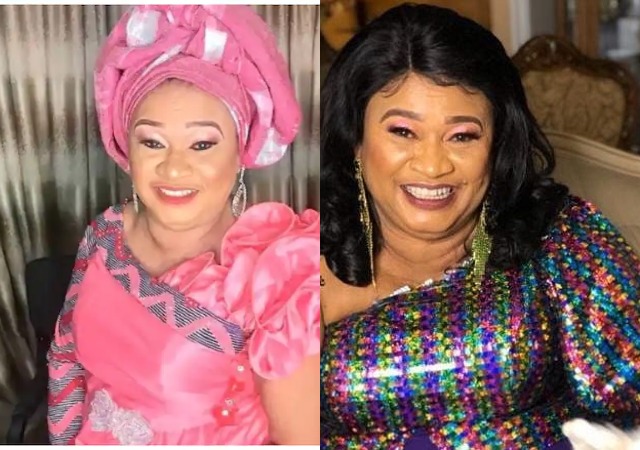 Lagos lawmaker and filmmaker, Desmond Elliot alongside Ebonylife CEO, Mo Abudu, are some of the dignitaries expected to grace the burial ceremony of the late film star, Rachel Oniga.

It was gathered that the burial arrangements for the late veteran actress have been concluded by the family.

A Reliable sources disclosed the burial will begin with a tribute tonight, August 21, 2021, in Lagos.

On August 26, 2021, a service of songs has been scheduled to take place at the Catholic church of Resurrection on Abayomi Owulade Avenue inside Magodo phase 2.

The interment and burial service at the Catholic Church of Resurrection has been confirmed to be a family event with only close knit-friends allowed.

However, the burial reception is billed to hold at Grandeur event Centre on Billings way in Oregun, Lagos.

It was further gathered Lagos Governor, Babajide Sanwoolu, who had earlier sent delegates to commiserate with the family, will be fully represented at the burial ceremony.

READ ALSO: Watch Video Of Yusuf Groomsmen Gifting Over 500k To The Driver That Took Them To The Wedding Dinner

Also expected to be in attendance is Commissioner for Tourism Arts and Culture as well as a long list of Nollywood actresses like Joke Silva, Kate Henshaw amongst others.

The family has stated the attendance will be strictly by invitation due to COVID-19 restrictions.

JUST IN: Repentant Insurgents Can Be Prosecuted — Lai Mohammed