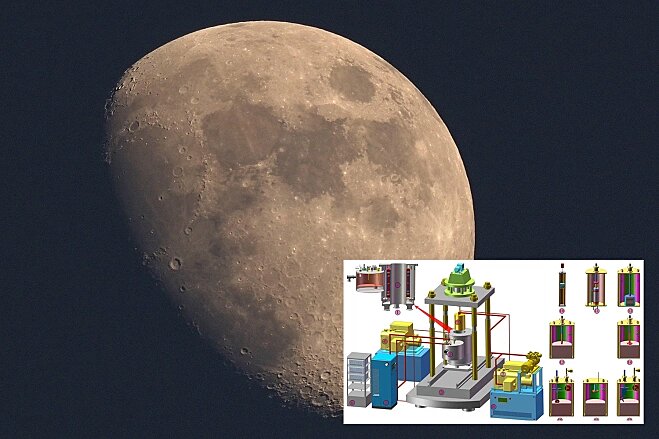 China has built an ‘artificial moon’ to train its astronauts for future missions.

The fake moon is said to simulate low-gravity conditions so astronauts can practice conducting lunar research on Earth.

According to the South China Morning Post, the artificial moon has its own magnetic field that was inspired by a ‘levitating frog’ experiment.

The moon simulator is said to be located in the eastern city of Xuzhou, in Jiangsu province.

It hasn’t officially launched yet but should do in the coming months.

Lead scientist Li Ruilin, from the China University of Mining and Technology has said the the technology is the “first of its kind in the world”.

The simulator has a vacuum chamber at the heart of it which has a mini “moon” inside.

Read Also I’m 24 But My Wife Is 61, See What People Are Saying About Us

That means it’s not actually big enough for humans to stand on but they can conduct and practice smaller scale experiments on it in ‘moon-like’ conditions.

They say that can control the magnetic field in the simulator and make things like frogs or chestnuts levitate.

Scientists say they got their idea for the moon gravity simulator from physicist Andre Geim’s Noble Prize winning experiment that levitated a frog with a magnet.

China and the US are currently in an international space race as lots of nations are eyeing up the real Moon for future experiments.

China wants to land astronauts on the Moon by 2030.

It also wants to set up a joint Moon research base with Russia.

Nasa is planning to send astronauts back to the Moon in 2024.