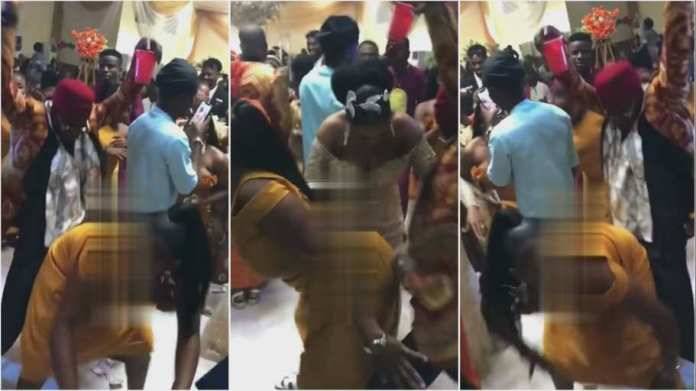 A video that is fast going viral on social media captures the moment a bride decided to protect her man from a lady during her wedding.

From the video, a lady is seen dancing her way to the groom who was dressed in his traditional attire.

As she was dancing her way to the groom, the lady took it a step further by grinding her backside against the groom.

When the bride saw what the lady did, she took action and stopped the lady from dancing with her man.