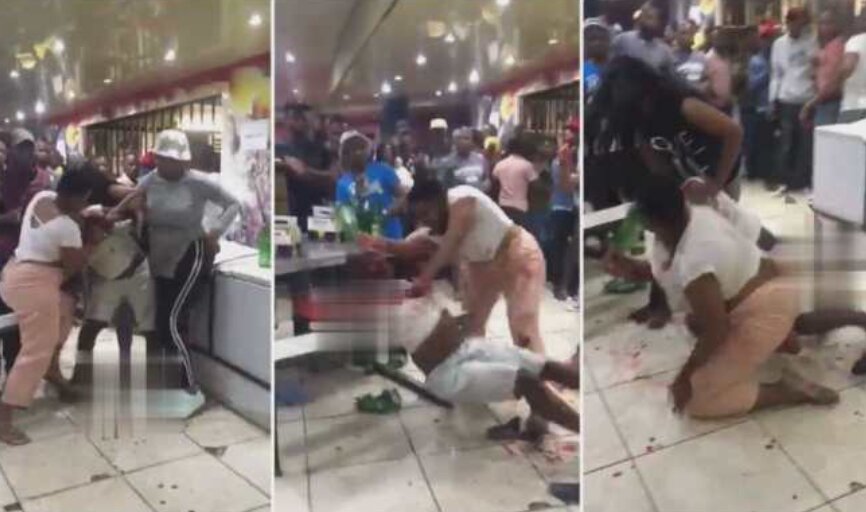 A cheating man had his wife to contend with after he caught him having fun with his side chic at a pub.

The angry woman utilized her huge frame and strength to beat the man to a pulp as she used a bottle to smash his head while onlookers did little to separate them.

Read Also Popular Actress Twerks On A Man, Opens Her Legs For Him In Public (Video)

The poor man tried to defend himself but the woman was too strong for him. We guess the nasty encounter will echo in his subconscious mind for years and probably discourage him from cheating.

See video below, swipe for more;