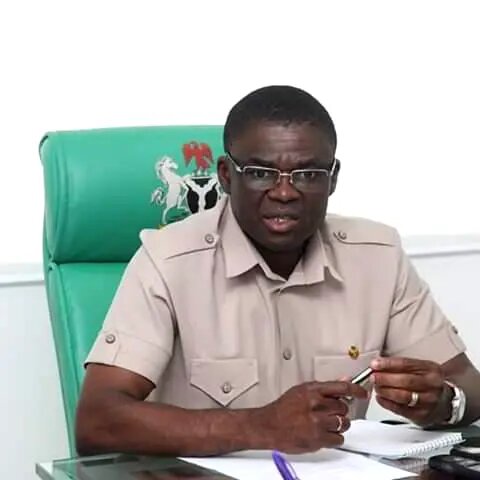 Edo State Deputy Governor, Philip Shaibu, on Saturday ruled out any political solution to the non inauguration of 14 members-elect of the state House of Assembly.

The lawmakers-elect were said to have refused to present themselves for inauguration on June 17, 2019, when Governor Godwin Obaseki issued a proclamation for the inauguration the assembly.

However, the aggrieved 14 members said no proclamation was made.

Shaibu, who spoke in Benin on Saturday at the maiden meeting of the Edo State House of Assembly Former Members Forum, said it was too late for the forum to seek political solution to the legislative impasse because the case rested with the judiciary as the governor is not empowered by law to issue proclamation twice.

The deputy governor traced the trajectory of the crisis which made 14 out of the 24-member House not to be inaugurated to the wrong counsel of a former governor of the state, who he said encouraged the 14 legislators-elect not to make themselves available for inauguration.

Read Also Edo: See What Obaseki Is Set To Do To Ambrose Alli Varsity, Two Other State-Owned Tertiary Institutions

He said their seats were declared vacant, noting that the anomaly of 10 members operating the assembly was not initiated by Obaseki.

He pointed out that four of the 14 affected members-elect were close to him and he did all he could to persuade them to be inaugurated, warning them of the consequences of failure to heed his counsel.

“So, when this problem also started in 2019, we too prayed that they should not come back. The man who benefited during one time is now at the receiving end,” Shaibu, a former Majority Leader of the assembly, said.

He added, “I was with that former governor when he said no to godfathers.

“I was actively involved when he turned around to play the role of a godfather, what he preached against.

“He said he was the governor and nobody can give him instructions. This time now, he wants to instruct and wants me to join him so that I will be the sole beneficiary and I said no. If tomorrow, Governor Obaseki turns around to instruct a sitting governor from the outside, I will also go against him.”

The deputy governor, while saying that he wished the forum had come earlier, however, regretted that the appeal for a political solution was too late “because there is no political solution as the constitution is sacrosanct. The parliament does not have the powers to inaugurate them as stated by the Supreme Court in the case of Alegbe vs Oloyo.”

Shaibu, however, assured all that “never again will a man called godfather destroy the legislative arm.”