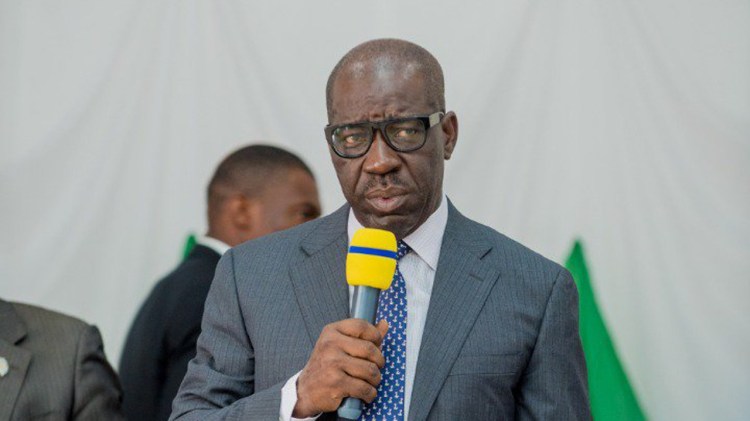 The ruling Peoples Democratic Party PDP, and the main opposition All Progressives Congress APC, in Edo are engaged in war of words over the 2022 budget proposal recently presented to the state House of Assembly by Governor Godwin Obaseki.

APC had in a statement on Sunday, by its Assistant State Publicity, Victor Ofure Osehobo, condemned the 2022 budget proposal, alleging that the document contained duplicated projects to siphon funds from the coffers of the state.

Osehobo noted that Obaseki last year said his government had closed a N25 billion 5-year bond at a record price of nine per cent to fund the 2021 budget, but did not mention the current status of the N25 Billion bond.

He said: “On a closer look, the 2022 Obaseki budget proposal, is completely unrealistic and embellished with impractical predictions, a development that confirms fears by many Edo people that this administration is obviously still trying unsuccessfully to lay a foundation for governance as Obaseki himself declared, 5 years on!

“The proposal again illustrates that Governor Obaseki has perfected the art of wasting Edo State’s funds on frivolities; how does he explain the allocation of N21 billion for government buildings and another N15 billion to enhance the work environment.

“As expected, the Obaseki 2022 estimates are padded and this can be deduced from such spurious allocations as providing social and youth development, N5billion; technology enhancement, N7.6billion; effective fiscal and business-friendly regulatory policies, N4.5billion.

“The proposal includes water, which is non-existent and which the government has never attempted to provide anywhere in the state, for N1.2billion. This is as ridiculous as the provision of N1.5 billion for citizen re-orientation and social protection, and N9.2 billion for public safety and security, which are suspicious and questionable, and call for answers.

Nehikhare in his statement on Monday, described APC in the State as a dead party seeking attention at every given opportunity.

According to him, “When we hear the occasional cry for attention from them, we consider it an opportunity to add another nail to their coffin. We owe that to Edo people!

“A few months ago, APC garrulously called the N25b bond a secretly obtained loan. Irresponsible as the statement was, we educated them on the process and procedure.

“Obviously, APC lacks understanding and comprehension and they have once again brought it up. And once again, we will school them!

The N25bn Bond proceeds is in the custody of trustees, in line with regulations. In putting the Bond documentation together (for regulatory approval), benefiting projects and related amounts were identified, all adding up to the N25bn.”

The Edo PDP further clarified that disbursements are made by Trustees directly to relevant entities implementing each project upon certification by independent consultants appointed by the Trustees, adding that the process is not open to influence or manipulation by any individual/entity or the state government.

According to the party, by the end of (Financial Year) FY2021, N21bn would have been disbursed (by the Trustees) from the N25bn, leaving a balance of N4bn to be disbursed in FY2022.

It went further: “In a futile attempt to sound knowledgeable, APC also manufactured lies saying “The proposal includes water, which is non-existent and which the government has never attempted to provide anywhere in the state, for N1.2billion”

“Edo people know and acknowledge that Governor Obaseki in his 1st term (in conjunction with the EU), embarked on an initiative to make pipe borne water available to residents in Edo Central and Edo North senatorial districts at affordable rates.

“This program has so far culminated in the reticulation of all properties in Uromi town. Meters are currently being installed and commissioning is expected to be in the first quarter of 2022.

“Simultaneously, detailed feasibility studies are being carried out at existing and defunct water schemes in Edo Central and North (Ugbalo, Ewohimi, Ojirami, Auchi).

“The studies will entail water consumer enumeration and mapping all Wards to the water schemes to ensure no resident in these two districts are left out.

“The feasibility study will enable appropriate government intervention and private sector participation. The costs of these studies is being paid for by the Bond!

“Be advised that we are talking about the next generation not the next election. It is crystal clear that Edo and its people are too sophisticated to be put in the hands of short sighted, self centered, ignorant, irresponsible and clueless lot that have found themselves in the APC.”

The PDP statement advised the public “to be wary of APC anti-people rhetoric and once again, the All Progressives Congress (APC) in the state is advised to stop making spurious, irresponsible and unsubstantiated claims.”