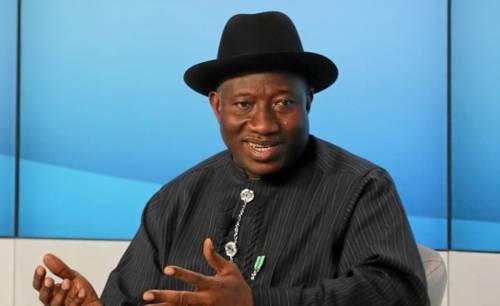 Former President Goodluck Jonathan has stated that the All Progressive Congress in 2014 embarked on propaganda to mislead Nigerians, including claims that his government supported the Boko Haram terrorists to reduce the number of northern voters.

Jonathan noted that Kaduna State Governor, Nasir El-Rufai, particularly in August 2014, accused him and the then President of the Christian Association of Nigeria, Pastor Ayo Oritsejafor, of being Boko Haram sponsors “to spoil Islam’s name.”

Years after the accusation and a campaign to “change” the country, insecurity has worsened under the APC-led government’s watch. El-Rufai and other governors are struggling to tackle insecurity in the northern region.

Jonathan said El-Rufai’s claims were both “laughable and extremely ridiculous” but his (Jonathan’s) government was determined not to pull anyone down.

The former President stated this in his book, “My Transition Hours”, explaining that his government was consistently attacked and maligned to ensure the propaganda succeeded.

Excerpts from the former President’s book reads, “The President security could quickly have fired at the source of the missiles, thinking it was the insurgents. But we responded differently. I have always said it and meant it. Nothing I wanted was worth the blood of a human being, least of all, the people I had the direct charge to protect, the people I swore to serve.

“Muhammadu Buhari was in my home state and I proactively ensured that nothing of that sort happened. He was not the president and it would have been easy to return the dubious compliment. There was no shortage of courageous young men ready to carry out such a mission. We could also have denied complicity as they did, but it was not my way.

“Besides not being so base by nature, I would have reduced an office I held in trust and embarrassed my colleague and many others around the world who hold me to certain standards and values. I encouraged my supporters not to dwell on the issue. When I accepted the PDP nomination for re-elections, I had charged myself and my supporters to campaign in peace with hope in our hearts, on the facts and truth on issues and ideas, on our records of performance, not violence. Ours was a campaign of ideas.

“We put it behind us and forged ahead with a clean campaign. The opposition was steeped in negative rhetoric and slurs of all manners. We were not swayed. I campaigned consistently on what we did, what we were doing and what we could still do. My concern was for new ideas and positive ways of doing things. It was essential to purge the do-or-die mentality from our minds. It would take some time but I knew I was making headway in that direction.

“It showed by the massive drop in politically motivated assassinations. It simply vanished because the leader was not interested in killing to win.

“They raised a chorus of “Jonathan must go.” They crafted a pseudo activist image. They loaded the campaign space with a lot of unproven corruption. The propaganda exhibited by the opposition was infinitely worse than anyone they could imagine and they imagined plenty. The point was to mislead the ordinary folks against the government. It was even taken to the ridiculous extent of claiming that I was behind Boko Haram. They said I planned it to reduce the number of northern voters.

“A particular opposition politician, Nasir El-Rufai, who became the Governor of Kaduna State, went to the ridiculous extent of tweeting on August 9, 2014, that the then President of the Christian Association of Nigeria, Pastor Ayo Oritsejafor, and I were sponsors of the Boko Haram. He added that Boko Haram members were not Muslims but Christians disguised as Muslims to spoil Islam’s good name.

“Of course, it was laughable and extremely ridiculous. On the same day, at the Portcullis House in Parliament, London, El-Rufai repeated the same allegations at an event.”

Since May 2015, when President Muhammadu Buhari came into office, the Boko Haram killings has more than doubled in the country, leaving thousands of Nigerian soldiers as casualties.

There have also been more abductions and killings of women and children in the North-East as soft targets.

SaharaReporters had reported that the immediate past service chiefs, who held the military command under Buhari for about six years, spent more than N2.659trillion on military arms and ammunition between 2015 and 2019, according to records.

The N2.659trillion is outside the controversial $1billion Excess Crude Account Fund, which Buhari approved in April 2018 despite public outcry.

The $1billion was approved and released, partly because the former military chiefs influenced the National Assembly that they did not have enough funds to fight the insurgency.

Despite the humongous budgets given to the military, the insurgency has festered, leading to abductions of schoolgirls in Dapchi, Yobe State, in 2018, among other abductions of women and children, which continue to draw national and global outrage.

Jonathan’s critic, El-Rufai, and other APC commentators have for the most times remained quiet in the face of the growing insecurity which is presently manifesting in more deadly dimensions such as banditry, kidnapping and killings by herdsmen.

Hijab Crisis: Teachers Locked Out Of Schools As Standoff Continues In Kwara (Photos)