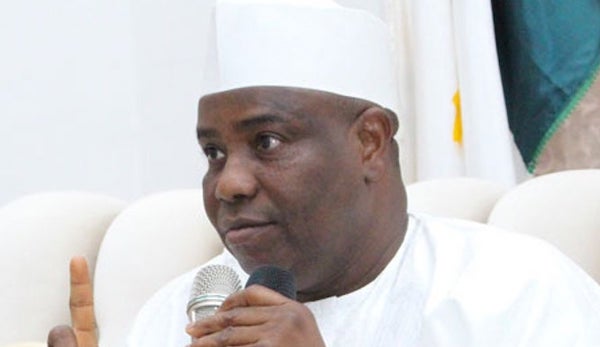 How Buhari Is Fueling Insecurity In South-East – Tambuwal

The Governor of Sokoto State and presidential aspirant on the platform of the Peoples Democratic Party, Aminu Tambuwal, on Friday, said that the insecurity in the South-East was a result of the exclusion of the people of the zone from the regime of the President, Major General Muhammadu Buhari(retd).

The governor, who spoke when he consulted the Imo State chapter of the PDP on his presidential aspiration, said that his presidency if elected would quench insecurity in the zone by incorporating them into his administration.

According to him, the people of the zone feel cheated that Buhari left them in the scheme of things in his regime.

He said, “Buhari has shortchanged the South-East. I was the one who advised Saraki to choose Ike Enweremadu to become his deputy in 2015. There is a complete case of exclusion of the people of South East. The head of the ten most important parastatals are not from South-East, including the CBN governor.

“South-East and Imo State in particular can’t be excluded. The PDP will win back Imo when I become president. Igbo people are industrial. You will find a partner in me. We are working together with our brothers in Sokoto. We have restored normalcy now in Sokoto State. I will be a president for all Nigerians.”

A former Governor of Imo State, Emeka Ihedioha, said that Tambuwal was the right person to lead the country after Buhari.

Ihedioha said that Tambuwal had the capacity to fix the country and foster religious harmony between Christians and Muslims.

What Tinubu Did For Me – Badaru Opens Up