Over Fifty Thousand persons (50,000) persons on Thursday defected from the Ruling People’s Democratic Party (PDP) and All Progressive Grand Alliance (APGA) to join the All Progressive Congress (APC) in Taraba state. 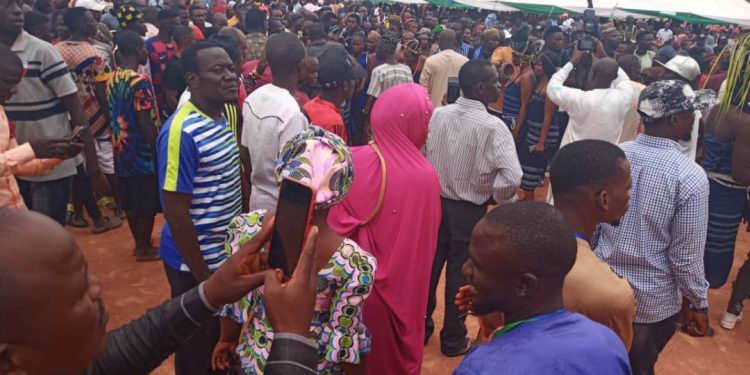 A member of the board of trustees of the party Professor Dalhatu Sangari, who received the defectors in Wukari at a grand ceremony said that the people came from 52 political wards in southern senatorial zone of the state.

Sangari noted that the occasion was a major milestone in the party’s efforts to take over leadership in the state as it was unprecedented and phenomenal.

“Today, a new chapter is opened in our great party here in Taraba. With great pleasure, we receive the over Fifty Thousand persons mostly from the ruling PDP and other political parties who have seen reasons to join ranks with the party of the future.

“The reasons for this huge defecation is of course not far fetched. Every reasonable person will tell you that the PDP is on the verge of collapsing already. The APC on the other hand is the future. People with foresight don’t need to be told the direction to follow. That is why we are witnessing this phenomenal influx into the party today.

“Let me assure all others who are still having reservations that the APC in Taraba is big enough to accommodate everyone. We learnt our lessons from our previous outings and have put our house in order ready to take power and deliver dividends of democracy to the people who have been denied this for too long now” Sangari said.

One of the defectors Gen. Adamu Tubase Ibrahim (Rtd) said that his decision to move to the APC from UDP was because he was in the APC initially and only left because of perceived injustice but was now convinced that the party is ready to offer level playing ground for everyone.

Ibrahim said that as the leader of the late Senator Aisha Alhassan faction that left the APC to join the UDP, he has collapsed the entire structure and membership and brought them all into the APC to boost the chances of the party attaining it’s goals come 2023 and beyond.