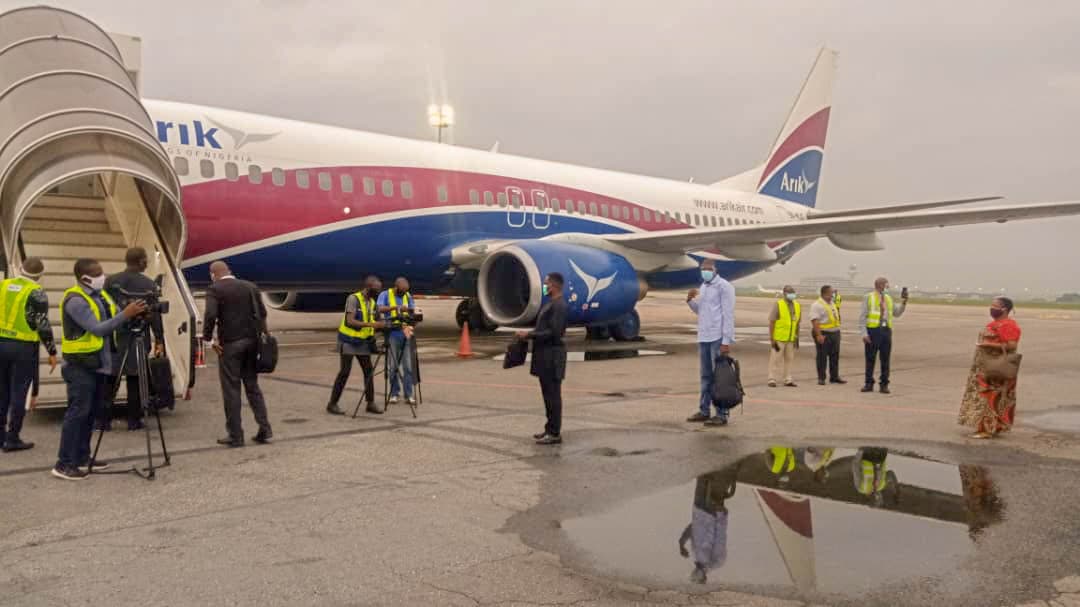 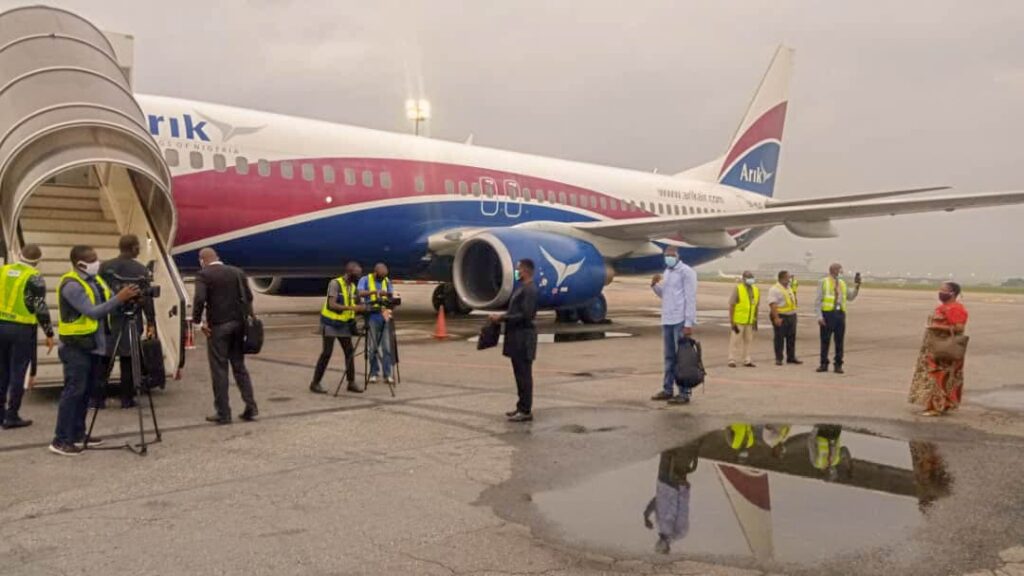 There was chaos on Friday morning at the General Aviation Terminal (GAT) of the Murtala Muhammad Airport (domestic) when Arik Air passengers disrupted the operation of the airline over the cancellation of their flights.

Scores of passengers of the airline who had their Owerri flight cancelled on Thursday had stormed the Arik Air counter, insisting they must be airlifted to Owerri first before any other flight is operated.

This degenerated into rowdiness at the domestic airport (MM1) leaving passengers scheduled for morning flights stranded.

The irate passengers also complained that the airline refused to give them food or water.

The airline officials were however seen pacifying the angry passengers who insisted their cancelled flight must be operated before any other flight today.

When contacted, the spokesman of the airline, Mr Ola Adebanji, promised to find out what was happening and get back to our correspondent.

The House of Representatives had on Thursday mandated its committees on Aviation, Commerce and Human Rights to investigate the state of airports, activities of airline operators and the coordinating agencies in the aviation sector.

The resolution followed a motion by the member representing Kaltungo/Shongom constituency Gombe, Hon Simon Karu, on the floor of the House.

The motion was titled: “Need to investigate the poor performance and high charges by airlines operators in Nigeria”.

Karu, a member of the All Progressives Congress (APC), lamented the frequent domestic flight disruptions suffered by Nigerians, saying that it is contrary to the regulations of the Nigerian Civil Aviation Authority (NCAA) and in contravention of the international aviation standards.

He said the burden of air travellers in Nigeria has increased owing to the sudden 120 per cent increase in local airfares.

Speaker Femi Gbajabiamiala, who presided over the sitting, said: “That is a very, very good motion. In fact, we have all witnessed these things.”

The House mandated its committees on Aviation and Human Rights to probe the sector and report within the next eight weeks.

Rep Who Forged BSc, Masters Degrees To Be Arraigned