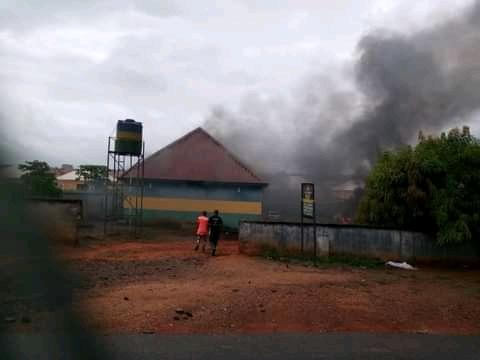 According to Daily Trust, Suspected members of the Indigenous People of Biafra (IPOB) have razed the Ubani Market Police Station in Bende Local Government Area of Abia State.

Daily Trust gathered that armed men invaded the station in the wee hours of Sunday.

No life was lost in the incident as policemen had relocated from the place days before the incident.

Daily Trust gathered that the officers working at the station were moved to a station at nearby TradeMoore housing Estate.

This is the latest attack on a police facility since the Eastern Security Network (ESN), the armed wing of the outlawed IPOB, launched its campaign of violence earlier in the year.

The lives of many security operatives have been cut short in the line of duty.