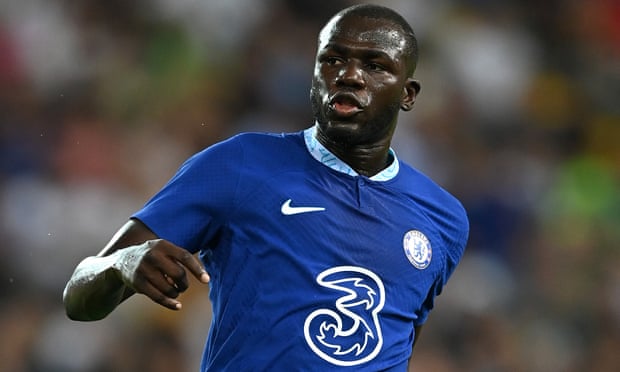 Kalidou Koulibaly has given his view on why Romelu Lukaku’s return to Chelsea didn’t work out last season, citing a potential lack of confidence as the reason for his struggles at Stamford Bridge.

Lukaku returned to Chelsea from Inter in a club-record £97.5 million deal last summer, but has since returned to Inter on loan after an underwhelming first season back in the Premier League.

Koulibaly and Lukaku met on the pitch in Serie A with the Senegal defender ending an eight-year stint at Napoli to join Chelsea, and was asked for some thoughts on the Belgian when speaking to press on Wednesday.

Koulibaly was complimentary of Lukaku, saying: “Romelu is a good player, a nice player, a talented player.

“He is very strong and I was used to playing against him in Italy – I think he didn’t like to play against me!”

He added, opening up on his move to Chelsea: “He scored a lot of goals in Italy and he won the Scudetto with Inter, so when he signed for Chelsea I was not surprised.

“Last year I think maybe he didn’t have the confidence he needed to play like he wanted. Maybe something else, I don’t know.

“Football is not all about the pitch, it is also your private life and everything else, so maybe it was something that didn’t work with him over here.”

After discussing where it possibly went wrong, the 31-year-old was keen to stress that Lukaku is still a Chelsea player and that ‘maybe next year or in a few years he will come back and be better’.

He added that he believes Lukaku can enjoy a positive season back with the Nerazzurri, but admitted his main focus was on Chelsea’s own campaign.